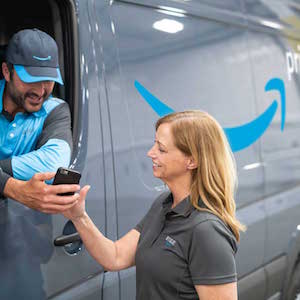 Amazon is planning to roll out a digital shopping platform that will let high-end luxury brands run their own virtual stores, according to a report in WWD, quoting unnamed sources.

The brands will run “concessions similar to those in high-end specialty stores,” and they will have full control of the stores’ look and feel, merchandise selection, and pricing policies, the publication said. At the same time, they will also have access to Amazon’s delivery and customer service platform and expertise as well as its extensive database of consumer preferences.

The platform, set to debut in the first half of the year, will initially launch in the United States only, though it will eventually be rolled out internationally, according to the report.

Amazon is currently working with 12 unnamed luxury brands, WWD reports—though some of the luxury brands it has approached have reportedly turned it down, notably French conglomerate LVMH.

To support the new platform, Amazon is building a “sprawling warehouse” in Arizona and is planning a $100 million marketing campaign, said the report.

The plan is being compared to the Tmall Luxury Pavilion, run by Alibaba, the Chinese e-commerce giant. Richemont’s e-commerce arm, Net-a-Porter, is among the luxury brands that sells on Tmall.

Amazon has made numerous forays into both the luxury and jewelry markets, generally with mixed results. When flash-sale sites such as Gilt Groupe were becoming popular, Amazon opened its own flash site, MyHabit, in 2011. It shut the site down five years later.

In 2007, it launched Endless.com, devoted to jewelry, clothing, and accessories. That was also closed after five years.

It seems to have had more success with its suite of private-label jewelry brands, which are considered among its most popular private-label products.