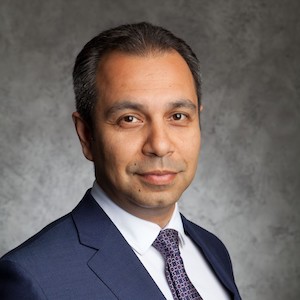 Akil Zubir (pictured) has been appointed managing director of Alrosa Belgium, after what the company calls “an internal competition” among seven Alrosa employees.

He replaces Sergey Panchekhin, who has headed the Antwerp office since 2007. A 20-year veteran of the Russian diamond miner, Panchekhin will retire in October.

In his new role, Zubir will develop and implement plans for Alrosa’s European office, and oversee rough and polished diamond trade, customer development, and interaction with clients and industry groups.

Zubir joined Alrosa in 2017 as the head of the insurance department. In that role, he implemented comprehensive insurance of the group’s property and settled a large insurance loss related to the accident at the Mir underground mine.

Zubir graduated from Lomonosov Moscow State University with diplomas in social and political science. He also received a diploma in business management at the Academy of National Economy of the Russian government. From 2012 to 2016, he led the regional network of the Sogaz insurance company.