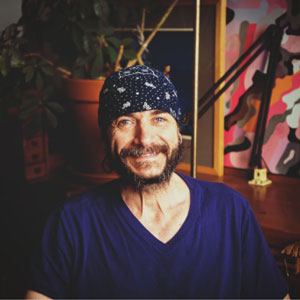 In a successful jewelry workshop, there’s always someone who functions as the glue—the person who holds the team together. At Alex Šepkus, that someone was Guido Belluzzi, says Jeff Feero, managing partner of the New York City–based jewelry company.

But tragically, he’s vacated the role. On Aug. 20, Belluzzi, a gifted metalsmith who helped define Šepkus’ famously intricate design style, passed away at the age of 60 after a battle with liver and pancreatic cancers.

Feero describes Belluzzi fondly as “a different kind of cat”—someone not looking for praise or the next raise. He rejected several offers of promotion to foreman over the years, Feero recalls, to remain a hands-on creator and innovator at the bench.

Belluzzi was also a beloved mentor for scores of student jewelers. “He became a tremendous teacher and mentor to so many Pratt and FIT students working in the shop over the years,” Feero says. “I didn’t have to ask him to do this, he just did it. Most of them were young females, and some of them fell in love with him!”

Belluzzi was also a master mechanic (“He could make anything,” says Feero) and was meticulous in his execution of projects, harnessing an incredible degree of focus. “He was one of those guys who had a rare knack—anything he wanted to do, he could do in the jewelry world.”

Feero says Belluzzi, who he used to call “Mr. 8:59” in reference to his unfailing promptness for work, “really pulled the team together.”

The friends and colleagues also shared a wry, dark sense of humor. And Belluzzi created cool little cartoons for an artisanal line of condiments Feero makes. When Belluzzi, who lifted weights and kept himself fit, began rapidly losing weight after his cancer diagnosis, Feero was one of the only people he allowed to visit him: “He didn’t want to be remembered that way,” his friend recalls. “He was a very young 60…he wanted people to remember him the way he really was.”

Belluzzi made Feero and other colleagues promise they would have a party in his honor once he passed. And they’re keeping that promise: Around 25 family members, friends, and colleagues plan to sail into the New York Harbor on a gorgeous touring sailboat, the Ventura, for a celebration of Belluzzi’s life on Sept. 25. Once out to sea, his loved ones will drop his ashes—encased in a vessel carved from pink Himalayan salt—into the waves.

“It’s exactly what he wanted,” says Feero, who believes Belluzzi will be remembered as “a good guy—and one of those unsung heroes of the jewelry world.”