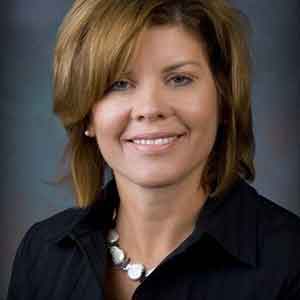 The president and chief financial officer of Alex and Ani have both resigned after about a year and a half in their jobs, according to the company’s attorney, Mark Geragos.

Geragos told JCK that the contracts for both company president Cindy DiPietrantonio (pictured) and chief financial officer Bob Woodruff had expired, but that neither was fired.

“[Founder and CEO] Carolyn [Rafaelian], as she grows the company, finds people for strategic purposes,” he said. “She is always looking for good talent. She’s fortunate that she has a lot of good internal talent that she’s fostering.”

The departures are just the latest to hit the bead company. In July 2016, DiPietrantonio replaced Harlan Kent, a former Yankee Candle CEO who also served as president for about a year. Woodruff was hired that same month, replacing Jayne Conway, who served as CFO for about two years.

Geragos didn’t think of the company’s turnover as anything unusual, noting it is a private, rather than a public company.

“One of the expressions in business is that if you’re not moving, you’re dying,” he said. “They are always moving onward, and upward.”

He added the company’s holiday sales “just broke all records.”

The news first appeared in The Providence Journal.

(Image courtesy of Alex and Ani)