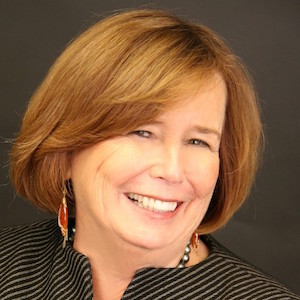 Mary Lou Keen (pictured) has retired as the show manager for the American Gem Trade Association (AGTA) after three decades with the group.

Keen joined the association in 1989 and has served in her current role since 1991. She helped develop the AGTA presence at various trade shows, including JCK Las Vegas. She also played a role in the development of AGTA shows and initiatives such as its GemFair Tucson, the AGTA Spectrum Awards, the AGTA Pavilion at the JA New York summer show, and the debut of the new AGTA GemFair Las Vegas.

Said AGTA CEO Doug Hucker in a statement: “I walked into the AGTA office 22 years ago and Mary Lou had already been with AGTA for nearly a decade. I quickly learned that Mary Lou was truly the ‘face’ of AGTA to many, if not all of our members. And she was universally adored. That adoration stems from the person she is. A consummate professional, a vigorous champion of our members and the association, and, honestly, the most kind and caring person I have ever known.”

He added: “I don’t know where the AGTA, its members, its staff, or myself would be if Mary Lou had not spent the last 30 years with us, but I know we would be less.”

Added Keen in the same statement: “It is hard to believe that 30 years have passed since I became part of the small office staff of AGTA. I am so fortunate to have spent these years with an association that I am so proud of and to see its stature grow within our industry.”

In 2012, Keen won the Women’s Jewelry Association award for excellence in special services. She has also served on the board of the Smart Show and on the advisory board of the Tucson Convention Center.