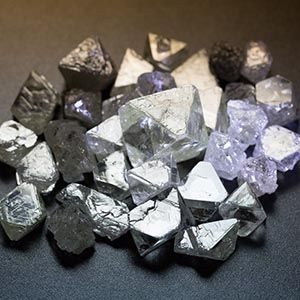 Via Paul Zimnisky on Twitter, I can certainly see why Diamond Foundry would want The New York Times to correct this quote:

An earlier version of this article misquoted Jeremy Scholz, the chief technology officer at Diamond Foundry. He said that, in terms of the ecological and social costs, lab-grown diamonds can be “even better than mined diamonds”—not “even better than real diamonds.”

Whether lab diamonds are “real” is the subject of much discussion in the trade. And to some people, it’s the key question regarding lab-grown diamonds.

If they are looked on as the same product, why wouldn’t consumers go for the cheaper alternative? That’s one reason diamond growers hate the word synthetic. Despite the scientific basis for the term, they fear it means fake.

Now, chemically, there is no question. Man-made diamonds may legally require a qualifier, but they are diamonds.

Yet the people who represent the natural industry, like the Diamond Producers Association, argue that, to the consumer, diamonds stand for more than just a compressed lump of carbon.

“More than just chemicals, diamonds involve preciousness, authenticity, and heritage,” wrote DPA CEO Jean-Marc Lieberherr. recently to The New York Times. “Just as one cannot compare an original painting to a reproduction, one cannot compare a diamond to a manufactured replica.”

Claiming the mantle of “real” is the backbone of DPA’s advertising campaign, which bears the slogan: “Real is rare. Real is a diamond.” There is an unmistakable message there.

Personally, I don’t want the trade to get bogged down in debates over whose diamonds are real and whose aren’t. The Times reporter misquoted that Diamond Foundry statement in a generally pro-lab-grown article. It’s likely the reporter didn’t think of that quote as a telling slip, as some in the industry might, but just a way of spelling out the differences between the two products.

The trade may debate this question, but I think even among fans of lab-grown diamonds there is the acknowledgment that they are something a little different—that they are not exactly the same as mined stones. To some, that’s a problem. But plenty of others don’t care, or don’t think much of the difference. This issue may consume the trade, but I’m not sure it means that much at the selling counter.

Mined diamonds have many qualities consumers desire—they are natural, they have history, they have traditionally stood for certain things, they will likely hold their value, they (sometimes) do good for their local communities. Perhaps the industry needs to focus on those positives instead of casting aspersions at this new interloper.

UPDATE: A reader sent me this video where the Diamond Foundry’s CEO uses the term “real diamonds” to  describe the diamond that acts as a seed.