Buyers who stopped by Pamela Froman’s booth at the most recent Couture Show likely walked away with fall and holiday orders for the best of the best pieces in the designer’s collection. Many of these visitors also received something else, a memento far more compelling than the usual swag. 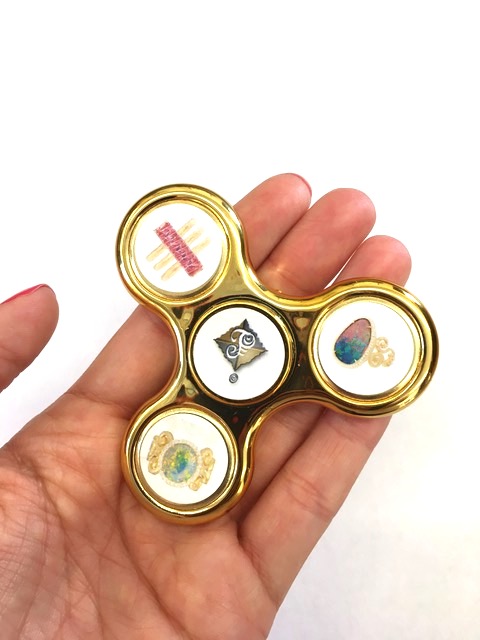 Yes, we’re talking about those handheld doohickeys that schools were banning because of their mesmerizing ability to distract students from their studies (and listening to Mr. So-and-So’s “Bueller? Bueller?” monotone while reviewing the finer points of Julius Caesar).

And as the video up top shows, this genius marketing tactic has a deliciously mind-bending effect. It’s also a great example of how to infuse the image of your brand with a jolt of youthful esprit.

Froman insists it was mostly a whimsical, offhand idea. “My son loves them,” she says. “Since it was my 10 year anniversary I thought it would be a cool giveaway for Couture.”

No customizable fidget spinners to be had online (“I thought of it too late,” says Froman). And the idea could only work if she could get photos of her jewelry on them. She’d have to improvise: “I looked on Amazon and was going to order from there but then I was in downtown LA and saw they were selling them on the street, so I asked if I bought a bunch if I could get them at a discount.” And as any jewelry designer with an eye for the details would, Froman chose only plain, gold, silver, black, and white spinners to create a neutral, as-refined-as-possible backdrop for her multicolored jewelry. 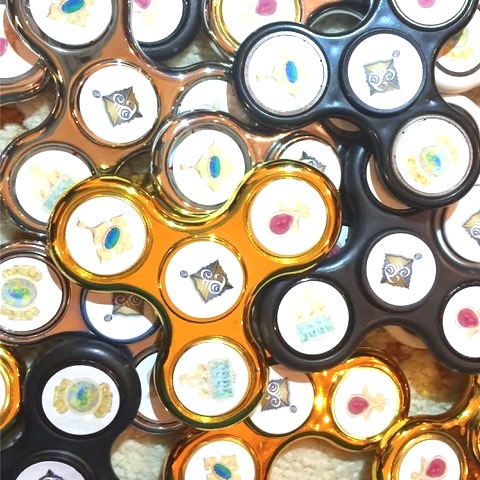 Next, she had to print photos of the jewelry on stickers—technically on Avery labels, and in an odd size that she had to hunt down online. “I printed company logos for the centers and six to nine different combos of rings for the ‘wings’ and we just stuck them on by hand.”

The total cost? Let’s just say it was a drop in Froman’s marketing budget. 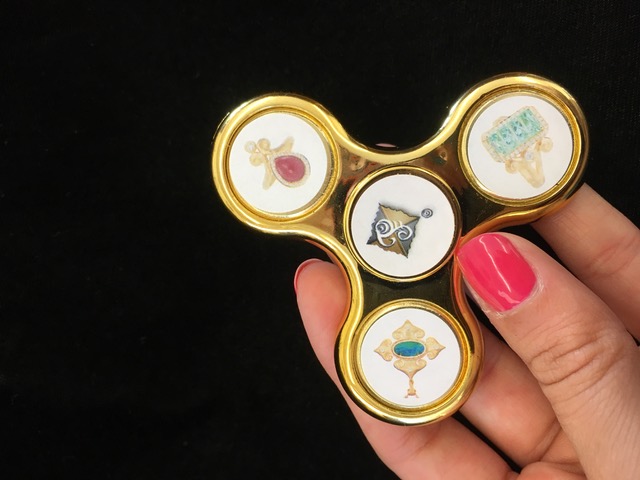 And such a clever way to be remembered fondly (especially while waiting in the McCarran airport security checkpoint line).

(All images and video courtesy of Pamela Froman)