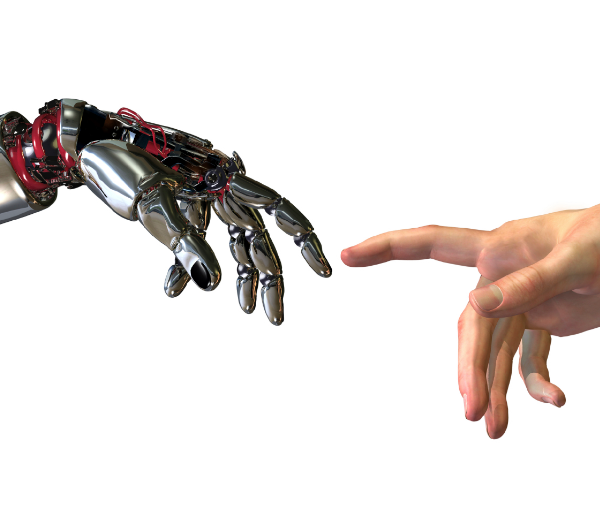 For most of us, artificial intelligence still feels very far away. It conjures images of robot baristas at Starbucks, perhaps, or scenes from Blade Runner.

But many of the world’s most tech-savvy brands have been experimenting with A.I. for years, and are investing significantly in the immersive technology.

It’s not all robots roaming the sales floor (well, more on that later). More often, the technology powers innovative features on websites and apps, such as product search engines that “learn” what shoppers are looking for.

Use of the cognitive-enabled technology in retail is set to increase exponentially over the next decade. Marketing firm Tractica forecasts that global revenue from A.I. will go from $643.7 million in 2016 to $36.8 billion by 2025.

Talking Is the New Texting
Artificially intelligent technology controlled by voice command, such as Amazon’s “virtual personal assistant,” Alexa, is infiltrating retail rapidly. In January, Starbucks rolled out a feature in its phone app where consumers are able to order their morning coffee—by voice—via an artificially intelligent barista who asks and answers questions. So-called conversational commerce is poised to make every space in a consumer’s life—from the car to an amusement park—shoppable.

Websites Are Optimizing on Their Own
Artificial intelligence is also rendering the job of optimizing e-commerce sites almost fully automated. Lingerie seller Cosabella, for one, rolled out tech on its site last year that measured website designs consumers are most likely to respond to. Everything from the color of the site’s buttons to the size of its images was gauged for likability. And ultimately, the brand saw increased conversion rates (up to 35 percent) through a series of relatively tiny design changes.

Checkouts Are History
We talk a lot about reducing the checkout “friction” in retail. But artificial intelligence has the potential to do away with that hurdle altogether. At Amazon’s Seattle-based test-lab grocery, Amazon Go, shoppers simply download an A.I.-powered phone app that uses geo-sensors to track the items they pick up. It’s grab and go—literally.

Robots Are On the Rise
Robots, A.I.’s splashiest application, are also making their way into retail. Last year, hardware store Lowe’s introduced the LoweBot—a robot created to answer basic questions that speaks multiple languages. The robots use a 3-D scanner to detect people, and shoppers search for products by asking questions or typing inquires onto their touch screens. The LoweBot can even answer that most pressing of shopper questions: Where’s the bathroom?