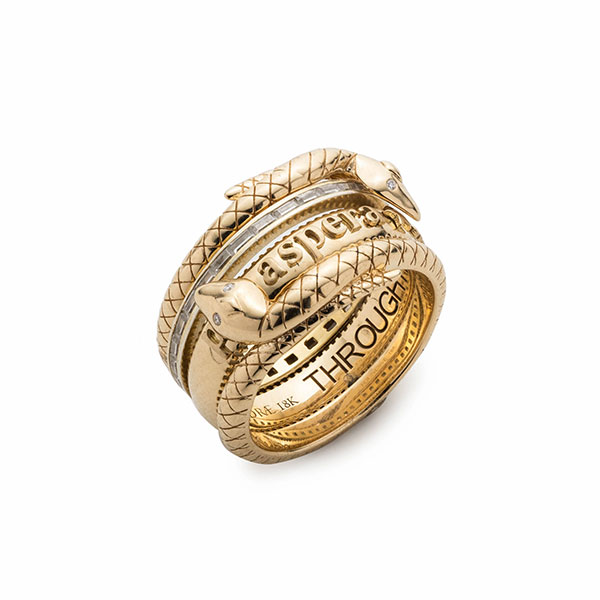 If ever there was a jewelry collection built for this precarious moment in history, it’s Foundrae. The New York City–based brand, cofounded by former fashion executive Beth Bugdaycay in 2015, is coveted for its 18k gold jewels, all steeped in archetypal symbols—such as resilience, strength, wholeness, wisdom, protection, and healing—that feel especially resonant this year.

Bugdaycay’s commitment to the power of symbols is so authentic that she’s just as interested in people buying her jewels as embracing the ideas represented by them.

“I use gold as my vehicle of communication,” Bugdaycay tells JCK. “But if people want to write our symbols down or take our card, that has equal efficacy. The idea is that if you’re writing something down and saying, ‘This is what I believe in,’ you’re recording that and sharing that with other people, and that creates much more meaningful interactions. If someone has a tattoo, people ask, ‘What does it mean?’ This is the same thing. It’s the why that matters. Actually telling someone why you needed protection makes you so much more human.”

Bugdaycay, who serves as creative director of Foundrae, says she is seeing particular interest this year in jewels that symbolize wholeness, strength, and resilience. “People are feeling challenged right now,” she says, “so they want to remind themselves they have the wherewithal not just to get through it but to thrive.”

Below, we share five takeaways about Foundrae that may surprise you.

Foundrae first turned to 18k gold as a complement to enamel.

When Bugdaycay and her cofounder and husband, Murat, debuted Foundrae, they wanted to incorporate enamel into the collection. After researching different enameling techniques, the jewelry newcomers “started to see a really huge quality difference between champlevé and what is more like an epoxy,” she says.

“In order for champlevé to get fused with gold, it has to be 18k or higher,” she adds. “And because we see our whole collection as interchangeable—one piece goes with the other—it was important that all the elements match.”

The other, equally persuasive reason she embraced gold is, of course, the value people have ascribed to it, historically.

“I collect things—journals, autograph books—but people let those things go,” she says. “Jewelry tends to be passed on to the next generation; it’s a natural heirloom. But I personally think the real heirloom is the why: the story behind it.”

Bugdaycay is a devoted reader.

Bugdaycay’s obsession with storytelling goes hand in hand with her love of books. She is a voracious reader: She buys about 10 books every month and is a member of not one, but two, book clubs. Foundrae’s site, not surprisingly, devotes an entire page to “what we are reading.”

“Every time somebody mentions a book to me, and I can sense their enthusiasm, I have to get it,” she says.

While the designer is drawn to works of fiction that have an element of mysticism or magical realism (author Louise Erdrich is a favorite), she has lately been on a nonfiction kick, educating herself on the BIPOC community. A recent discovery is a book (pictured below) about the mid-century civil and gay rights activist Bayard Rustin.

“And in terms of my own research, I go down rabbit holes like you wouldn’t believe,” she says. “Then I end up wanting every reference book on the subject.” 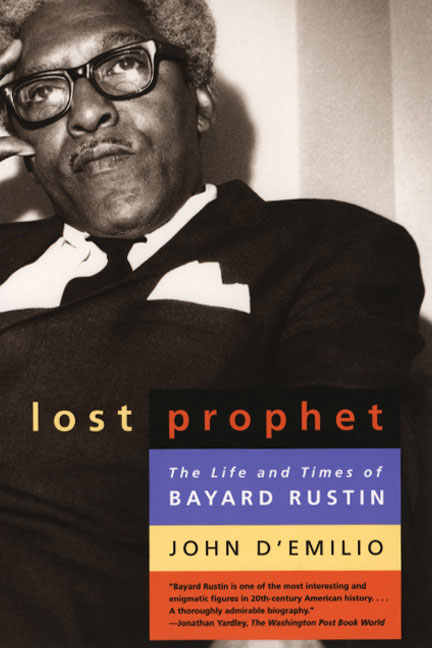 When the Bugdaycays opened Foundrae’s flagship retail store in Manhattan’s Tribeca neighborhood in March 2018, they knew from the start that they wanted a library to be a cornerstone of the space. Books from the couple’s personal collection line the shelves and are available for lending. The store even has an old-school library card and a date stamp!

“We didn’t want the store to be intimidating for people,” she says. “I want people to have a purpose to come into our store. Even if they don’t plan on buying a piece of jewelry, they can leave with a package, and it’s a book wrapped up in tissue paper.”

While about 50% of the books never make it back, that’s okay, says Bugdaycay: “We want people to come in and feel inspired.”

Foundrae’s new Wholeness Bookends grew out of Bugdaycay’s love for the symbolism of the snake.

One of Foundrae’s most popular collections is called Wholeness. Symbolized by the snake, the line is based on the tenet that “wholeness is encouragement to seek unity within through growth and balance.”

“I love that snakes started as part of Eastern culture and were then adopted by Greek philosophy,” says Bugdaycay. “The idea of rejuvenation—when snakes shed skin, they renew. Growth is such a big part of that. So if you want to feel whole, you’ve got to keep on growing.”

This month, Foundrae is introducing new Wholeness Bookends, Bugdaycay’s term for rings that can be stacked on either side of another ring.

“We’re taking a person’s wedding ring, and they can add their own chapter to it,” she says. “They’re constructed so it’s quite seamless—they line up quite tight against the bands and become a very harmonious grouping.”

For the month of September, sales of Foundrae’s Large Aether Medallion will fund an important cause.

For the rest of this month, Foundrae is donating 100% of all retail proceeds from the sale of its Large Aether Medallion to the NAACP to support its mission to eliminate race-based discrimination. Named for the material that medieval science believed to fill the universe above the terrestrial sphere (aether or æther), the medallion is the quintessential Foundrae piece: a precious reminder of what really matters.

“None of our pieces have any kind of magic inside that will imbue anybody with anything,” Bugdaycay says. “Everything is inside you. It’s just about pulling it out and making it happen. Once you pick a symbol and put it on your neck or your finger, it’s a reminder.”