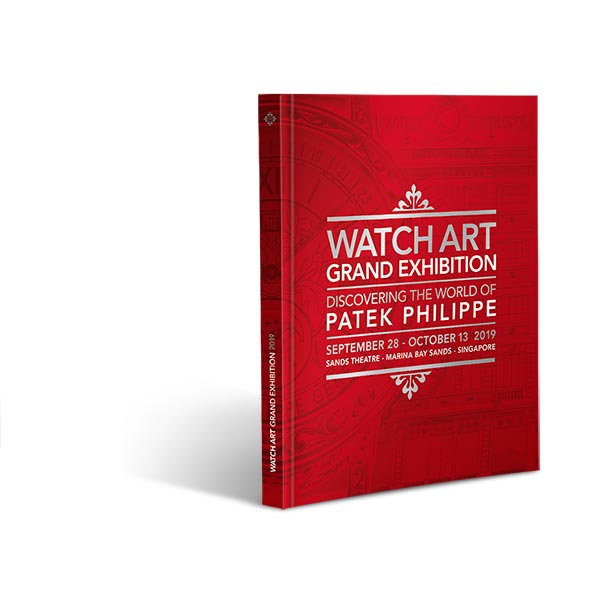 Last week, I had the pleasure of attending the Patek Philippe Watch Art Grand Exhibition in Singapore as a guest of the revered Swiss watchmaker. The event, which opened Sept. 28 at the Marina Bay Sands—the city’s iconic triple-tower hotel, casino, and luxury shopping complex—runs through Oct. 13. If you find yourself in (or near) the city-state during the next 10 days, don’t miss the opportunity to see how the Geneva watchmaker has transformed the Sands Theatre into a horological oasis.

The Singapore event, which coincides with the city’s bicentennial, marks the fifth time that Patek has staged an international, consumer-facing showcase of its horological art. The last grand exhibition took place in 2017 in New York. (The first such event was held in Dubai, United Arab Emirates, in 2012, followed by Munich in 2013 and London in 2015.)

On opening day, I sat in on a 30-minute group interview with president Thierry Stern. He seemed in excellent spirits and, true to form, spoke candidly about what makes his highly profitable business tick.

Here are five fun takeaways from the interview, interspersed with images of my favorite Singapore 2019 special editions (all intended strictly for the local market—to American collectors’ chagrin!).

Patek Philippe’s Grand Exhibitions are unparalleled in the trade.

It’s safe to say that Patek Philippe is the most sought-after brand in the prestige watchmaking sector. It does not, as a rule, need to promote its watches, many of which are spoken for long before they hit showcases. But as we’ve seen over the course of seven years of Grand Exhibitions, promote it does—in utterly spectacular fashion.

So is all the pomp and circumstance associated with each exhibition—the complicated build-out, the sky-high marketing costs, the ornate and thoughtfully designed special editions—worth it? Do these events translate into sales?

“We have a two-year period after such an event where you can see an increase,” Stern told us. “This is the fifth event and every time we see, for the next two years, there’s a really big impact, in terms of sales and knowledge, talking about Patek, all of it. Of course, just after, everybody is trying to get the limited editions. But that’s something different. For me what is more important is stable growth like this.”

Oh yes, the special editions. For Singapore 2019, Patek released six models intended for the local market. I was told only citizens could buy them, which seems limiting until you realize how much wealth resides in the city-state and how big a hub it is for high-end watchmaking. (The red-accented pieces destined for Singaporeans are uniformly to die for, as the photos here attest.)

Even though there is a collecting frenzy around the brand’s steel sport models, the metal represents a maximum of 20% of production.

On the secondary market, the Ref. 5711—the Nautilus in stainless steel with a black-blue dial—automatically goes for double its $30,000 retail price.

Whether you see that as a reflection of supply or demand is a matter of perspective. But it’s clear that Stern is never going to allow steel to be abundant in the Patek world. Of the 62,000 timepieces Patek makes in a year, a maximum of 20% are in steel.

“We don’t want to push too much steel,” Stern said. “Steel was important when business was lower. A lot of brands could not sell. That’s why they launched a lot of steel pieces. Then it became also something trendy. But it’s very dangerous. Because when you start with steel, when you will start again with gold, good luck. It’s very difficult. It’s an easy way to do easy business, but I don’t think it’s wise for Patek to do that. We are not known for steel.”

He paused to acknowledge the elephant in the room: “Yes, of course, we have the Nautilus and Aquanaut steel watches.”

The Aquanaut was intended for younger buyers before it was seized upon by collectors.

When the Aquanaut was introduced in 1997, a stainless steel watch on a rubber bracelet was considered quite scandalous.

“People said, ‘What is this?’ It’s a rubber band, a steel watch. It’s not going to work,” Stern recalled. “All the big retailers did not believe in it, were not going to order it.”

The joke was on them. Today, the model is second only to the Nautilus in the Patek Philippe unavailability hierarchy, not counting super-limited grand complications. (When I posted photos of the men’s and women’s Aquanaut special editions to my Instagram feed, it was only a few minutes before someone direct messaged me, asking for help in buying the coveted Ref. 5167.)

To think, the model was meant for Patek’s youngest buyers.

“The target was to have the Aquanaut for the younger generation who started with a fine watch but not at the highest price,” Stern said. “But most of the collectors were the first to buy one. It’s a great watch for the weekend. The younger generation had to wait a minimum of two years for it. Sometimes you have surprises.”

Patek Philippe is: Not. For. Sale.

When Stern made his opening remarks on press day, he made a point of addressing a rumor noted in a January 2019 Bloomberg report that said Patek Philippe may be up for sale.

“Patek Philippe will remain a family company,” he told the audience. “It is not for sale.”

During our group interview, Stern elaborated on the vexing rumor. “Every year, somebody is writing an article that Patek is for sale,” he said disapprovingly. “Internally at Patek, it’s a joke: Who’s going to be the stupid guy who says that this year? We make some bets. This year, I didn’t expect to see Bloomberg doing that. It’s bad. It doesn’t affect the business—here, everyone knows we’re not for sale—but internally, the little lady or guy working behind the machine, he’s the guy who’s scared. That’s why I’m angry.”

The fifth generation of the Stern family is on deck.

Thierry Stern has two sons—one is 18, the other 16—and both are poised to join the family business.

That’s another detail he made clear to members of the press. “The fifth generation is also here today,” Stern said. “I’m starting to train one of my sons. One is enjoying watchmaking school; the other is here just to learn. For our clients and ourselves, we believe in family and also in transition, like my father did with me.”

Stern said his oldest son traveled to Singapore with him and attended the brand’s “two fantastic evenings with collectors from the whole Southeast Asia area,” while his younger son, a watchmaking student, had to stay behind in Switzerland to attend school.

“I think he will be more technical,” Stern said. “He is now making his own tools at school. After three weeks, I can see he cut all his fingers already. That will teach him how difficult it is.”

Stern also revealed that even though he bought his sons the Apple Watch to see how they felt about it, they are more drawn to mechanical watches. For his 16th birthday, Stern’s younger son received a steel Rolex. The 18-year-old chose a simple gold Aquanaut.

“The youngest one—when he looks at my watches, he loves the perpetual calendar, says that’s a cool watch,” Stern said. “He has good taste also. But I told him it’s not a watch he’ll receive when he’s 18 years old. It’s too expensive.”