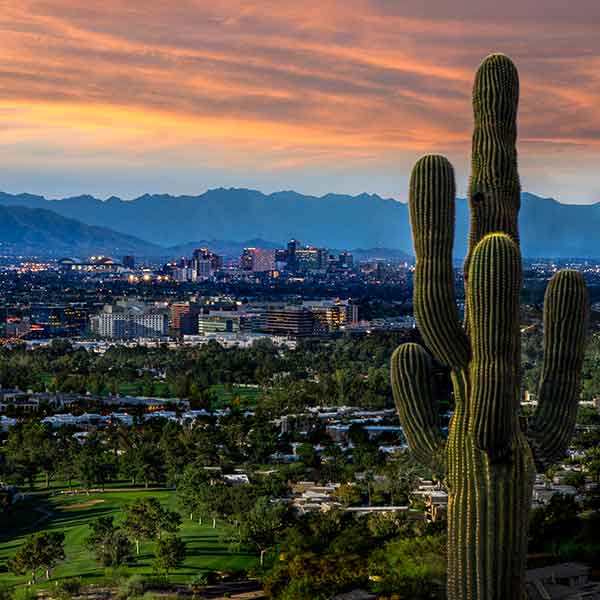 If you’re attending the Centurion Jewelry Show at the end of this month, you’ll have the evening of Thursday, Jan. 30, free to enjoy dinner off-property. Below, we’ve highlighted five celebrated restaurants, all within a 25-minute drive of the show’s new venue, the JW Marriott Phoenix Desert Ridge Resort & Spa.

Word to the wise: You’ll want to hail an Uber or Lyft.

“We have a lot of open bar, all the time,” says Howard Hauben, president and CEO of show organizer H2 Events. “The open bar finishes and people can do dinner on their own, then come back and we have an open bar again.”

High-end Japanese dining in the heart of Old Town Scottsdale, ShinBay offers two seatings per night for an omakase tasting that will set you back $185 per person, sans beverages and tax. But according to the most respected foodie blogs, it’s worth it. Eater calls the experience “a high-flying culinary adventure that begins with artistic expressions of pristine raw fish jetted in from Japan”—and it only gets better from there. Reservations are a must.

Two Jersey boys, Joe Cetrulo and Racan Alhoch, are earning rave reviews for the Italian-style noodles they’re plating at Saint Pasta, an Uptown Phoenix joint described by Thrillist as “the pasta spot everyone’s been waiting for.” And it’s not all hype. Says Eater: “The duo lives up to their smack talk, serving up tender chicken cutlets, ridiculous garlic bread, and saucy noodles that stick to the Saint Pasta battle cry: ‘al dente or die.’ ”

Samantha Sanz has been deemed a “chef to watch” for the flair she brings to Talavera, a Spanish steakhouse located at the Four Seasons Resort in Scottsdale. Take it from the Arizona Republic’s Dominic Armato, who is unequivocal in his praise for Sanz’s culinary prowess, citing the “tantalizingly close to perfection” paella; the lamb meatballs, which pack “a fragrant, minty punch”; and the chocoflan, “a layered marriage of chocolate cake and flan” as standouts.

The Mastro’s restaurant empire stretches from coast to coast. That helps explain why seafood lovers flock to Mastro’s Ocean Club in Scottsdale, where the pricey menu is rife with delectable fruits of the sea. Says the Phoenix New Times: “For a place to impress on an expense account, it can’t be beaten.”

If a past life found you sipping gin and listening to jazz music at a Deco-era speakeasy, Century Grand is where you can channel your former self. Inspired by 1920s rail travel, the “bar-centric dining environment” features a retro cocktail menu and dishes served dim sum style. Mixology fans will especially love the establishment’s “immersive cocktail experience” in the Platform 18 bar, which evokes an old-timey train car, “complete with synchronized screens creating the illusion of scenery passing by outside train windows,” according to Eater. All aboard!