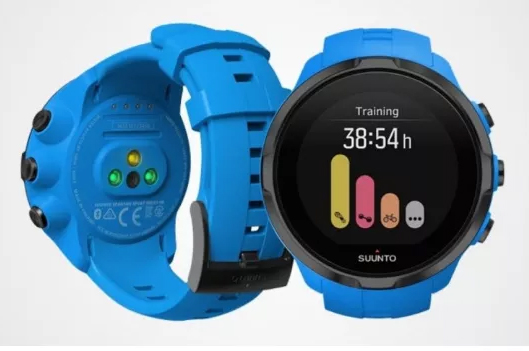 The Consumer Electronics Show (CES), which wrapped up Sunday, Jan. 8, in Las Vegas, has become a popular platform for wearable developers looking to debut products in a high-profile, media-rich environment.

CES isn’t a wearable-centric show—categories including home safety, gaming, toys, and medical equipment get far more play. But all the major wearable brands are there, from Garmin to Fossil Group.

Below, a few new and noteworthy wearables released at last week’s show:

Casio WSD-F20
This successor to the WSD-F10 Android Wear smartwatch is billed as an “outdoor” device—and it does seem well-prepared for a polar expedition (or a 5K!). Water-resistant to 50 meters (164 feet), it features GPS, full-color maps, and snow-sports tracking. This $500 toughie, which runs on Android Wear 2.0, will be released April 21.

Misfit Vapor
The Misfit Vapor is parent brand Fossil Group’s first-ever touchscreen smartwatch. We don’t know much about it yet, but it’s reported to be waterproof and packaged with a few interchangeable straps. It will be priced at $199.

Garmin Fenix Watches
Garmin showcased three new smartwatches at CES: the 47 mm Fenix 5, the 42 mm Fenix 5S, and the 51 mm Fenix 5X. The Fenix 5 operates for 24 hours in GPS mode, reports Wareable, while the smaller Fenix 5S targets females. The massive Fenix 5X comes with preloaded maps and a sapphire lens. This trio will be released in “early 2017.”

Suunto Spartan Sport Wrist HR
This colorful, comfortable smartwatch—made in partnership with tech firm Valencell—features an optical heart rate tracker and comes in black, blue, and pink. The $599 device is already on the market.