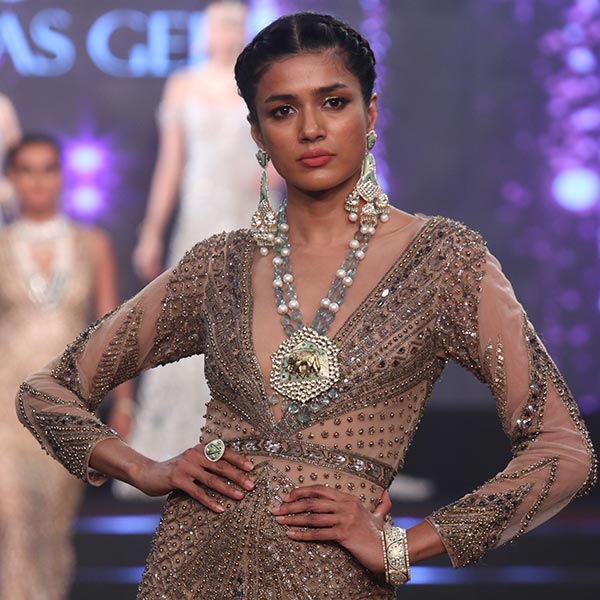 The India International Jewellery Show (IIJS), now in its 35th year, opened today at the Bombay Exhibition Centre, fresh from a makeover and considerable changes in its format designed to streamline the experience for attendees.

This year, the five-day show, running Aug. 9–13, added a special preview day on Aug. 8 exclusively for international buyers and select leading retailers, retail chains, industry leaders, and media. Also new for 2018: the introduction of the 10,800-square-meter Hall 7A, incorporating 800 extra booths and many new exhibitors.

“The flagship show demonstrates that India’s jewelry manufacturing has come of age and is widely acclaimed as a reliable and competitive source for retailers and consumers from across the world,” said GJEPC chairman Pramod Agrawal, estimating a record-breaking footfall this year. India’s global jewelry trade partners and their buying cycles, he added, depend on IIJS “for replenishing their inventories and for getting insights and perspective on future styles, forecasts, and trendspotting.”

Another highlight event, Prelude to IIJS, held on the evening of the fair’s opening day, was highlighted by a special jewelry fashion show that added a glamour quotient to the B2B event. The evening also featured remarks on the Indian diamond consumer by Diamond Producers Association (DPA) CEO Jean-Marc Lieberherr and Richa Singh, DPA’s managing director, India.

At the show’s inauguration ceremony, Suresh Prabhu, India’s minister of commerce and industry and civil aviation, made an appearance via video, during which he spoke about strengthening the Indian jewelry market through the creation of a special domestic gold council that will help promote exports of gold jewelry around the world.

Top: A model wearing jewelry by Tatiwalas Gehna at Prelude to IIJS