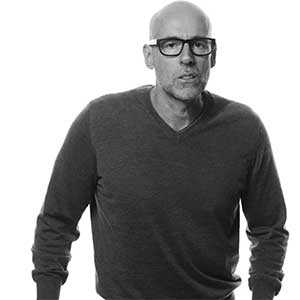 At the conclusion of last week’s 2018 GIA Symposium, I looked at my laptop and realized I’d taken 23 pages of single-spaced notes starting the moment the three-day event kicked off on Oct. 7. That’s another way of saying: I’ve got A LOT of information to wade through before I distill the key takeaways.

There were a number of recurrent themes: the importance of customer centricity; the ongoing effort to track gemstone origin and the role traceability and transparency play in retail storytelling; the death of “channels” as sellers learn that rather than continue to wage the brick-and-mortar vs. e-commerce battle, they must embrace omnichannel retailing; and, of course, the future of lab-grown diamonds. I’ll tackle these in subsequent posts.

For now, however, I wanted to share with you the prescient remarks that Scott Galloway, a professor of marketing at the New York University Stern School of Business and founder of Gartner L2, made to the audience at the start of the closing session, dubbed “Futurescape.”

Galloway (pictured) began his video address from New York City by reviewing the predictions he offered the last time GIA staged an international symposium, in 2011. Having forecast that Facebook would become the world’s most valuable company, he corrected himself: “Apple passed a trillion dollars in value in August. It’s transformed itself from a technology company into the world’s most powerful luxury brand. Imagine a company that will do double the profits this quarter that Amazon has done in its entire history as a company, and you are imagining Apple. Apple is the equivalent of an auto company, but a very unique auto company: An auto company that has the production volumes of Toyota with the margins of Ferrari. We have never seen anything like it.”

In 2011, Galloway also predicted that brick-and-mortar would not go away, and he was right on that front. “What we’ve seen is a rush toward the middle,” he said. “Successful online retailers—including Warby Parker, Bonobos—have continued to open stores while traditional brick-and-mortar retailers like Macy’s and J.Crew have been forced to bolster their online presence in order to survive. The retailers that are thriving have embraced the multichannel model, recognizing that consumers don’t live in isolation of any one medium. Pretty soon it’ll be consumer retail, not e-commerce, not direct-to-consumer, but offering the consumer any way to get the product, depending on what’s most convenient for him or her.”

For 2019 and beyond, Galloway declared:

Lab-grown diamonds have the same potential to rock the industry as quartz watch materials in the 1970s.

“Brands need to be concerned about over-sentimentalizing peoples’ relationships with diamonds as a representation of love,” Galloway said. “The American middle class is much weaker today than it was when De Beers came out with their famous ‘Diamonds are forever’ campaign. And with diminished purchasing power, consumers are more willing to look into alternative choices for rings, making lab-grown diamonds and gemstones more attractive.

“Brands stuck in the mindset that the historic value placed on natural diamonds is enough to keep them afloat need to question if they fully understand what motivates their consumers’ purchase decisions and be willing to adapt to this changing market or risk losing business,” he added.

Similar to what’s been going on with the watch industry, the jewelry market will begin to see a consolidation of independents.

“The 10 biggest jewelry groups control just 12 percent of the world’s jewelry market while the rest remains quite fragmented,” Galloway said. “We are seeing this in every industry: Consolidation to fight back against the Seattle giant, Amazon. Digital-first independent brands including Raymond Weil have begun thriving in the absence of competition, nimbly adopting new site technologies, search strategies, and social media. These brands are adept at attracting millennial shoppers and are a prime acquisition target for heritage brands looking to arm themselves with the right digital tools and a mix of assets to protect the brand equity that took them decades to build.”

You must actively promote a culture of experimentation and innovation.

“As the owner of a business or senior executive, are you providing cloud cover for people to fail?” Galloway said. “Do you have the compensation schematics to attract young people who have a lot of opportunities in the digital age? Are you attracting the right talent to your organization? Or are people looking at you, thinking this looks distinctly old-economy? The one thing any organization has that performs above market in any industry is that they’re seen as an accelerant to people’s careers.”