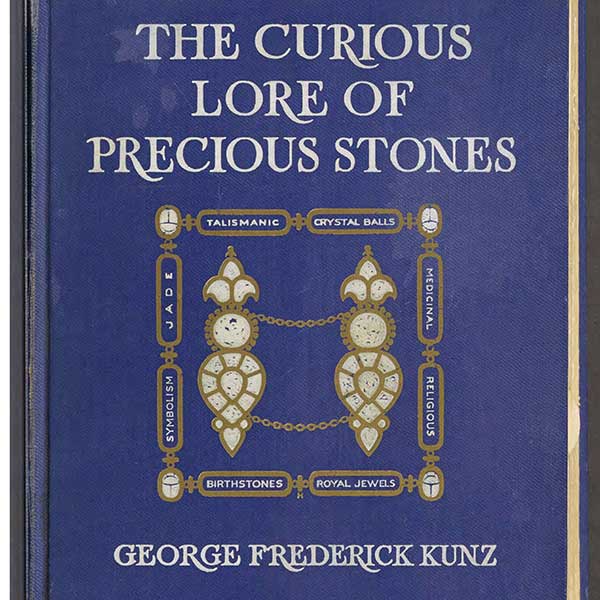 With jewelry buyers embarking on a collective search for meaning this holiday, brushing up on gemstone lore and symbolism isn’t a bad idea. It’s no exaggeration to suggest that being familiar with the mystical properties inherent to colored stones can tip the scales of the sale.

Anyone looking to steep themselves in such insights can take a self-directed (and free!) crash course on GIA’s rich internet archive. A repository of 666 (!) books from the GIA Library—as senior research librarian Rose Tozer explained on a recent GIA Knowledge Session devoted to “Superstitions Surrounding Gems and Jewelry”—the archive offers access to the trade’s most essential and/or obscure texts, from 18th-century works rendered in Latin, such as Michaelis Mercati’s discourse on mineralogy, Samminiatensis Metallotheca, to The Treatises of Benvenuto Cellini, the famed Renaissance sculptor and goldsmith whose legacy looms large over the modern-day trade.

Below, we highlight three essential books for gemstone lovers interested in taking a deep dive into the physical, or metaphysical, properties of their favorite gemstones. (Note: The first two are accessible on the archive, but the third is not.)

The Curious Lore of Precious Stones by George Frederick Kunz

The father of American gemology, Kunz was a mineralogist and prolific writer who worked for Tiffany & Co., collaborated with the Gilded Age banker and noted gem collector J.P. Morgan, and for whom the gemstone kunzite is named. His 1913 book, The Curious Lore of Precious Stones, is considered the go-to text for an introduction to gemstone symbolism, mysticism, and medicinal properties.

Not only does it cover superstitions, talismanic uses, birthstones, and gems associated with the signs of the zodiac, it provides fascinating tidbits that could easily be reproduced on note cards for in-store displays, to catch the eyes of spirituality-minded shoppers. Take, for example, this entry on emeralds and their truth-telling capabilities:

“The emerald was believed to foreshow future events, but we do not learn whether visions were actually seen in the stone, as they were in spheres of rock-crystal or beryl, or whether the emerald endowed the wearer with a supernatural fore-knowledge of what was to come. As a revealer of truth, this stone was an enemy of all enchantments and conjurations; hence it was greatly favored by magicians, who found all their arts of no avail if an emerald were in their vicinity when they began to weave their spells.”

The Magic and Science of Jewels and Stones by Isidore Kozminsky 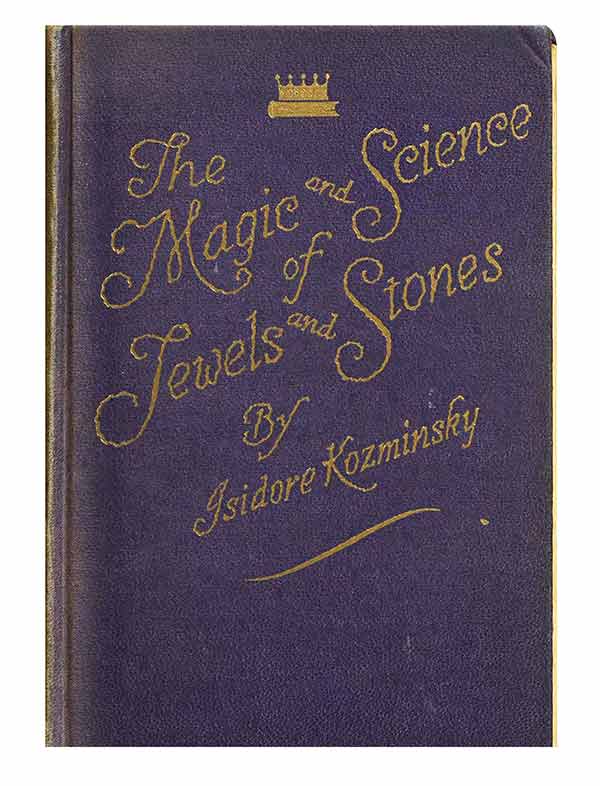 A companion to Kunz’s seminal text, Kozminsky’s 1922 tome is an enchanting collection of crystal lore—from astrologers, magi, alchemists, and Hermetic philosophers—divided into alphabetical entries on gemstones from agate to zircon, and an essential reference for anyone looking to add historic flavor to their gem displays. The below entry on opal is a good example:

“The opal—ophthalmis lapis—was famous as an eyestone, taking precedence over the emerald and all gems credited with such virtue. It was advised by mediaeval writers that it be wrapped in a bay leaf to sharpen the sight of the owner and to blunt that of others with whom he came in contact: hence also its reputed virtue of bestowing the gift of invisibility which earned it the name ‘Patronus furum,’ the patron of thieves.”

The Pearl Trader by Louis Kornitzer

A prominent London gem merchant, Kornitzer penned this 1937 polemic on the virtues of natural pearls set against the backdrop of a brave new world in pearling. Erudite, amusing, and anecdotal, the book reads like a travelogue to a bygone world because it is—just as the author feared, judging by this passage about what he’d do were cultured pearls to be confused one day for naturals:

“For the last time I should gather around me my precious natural beauties that no one would buy. From their midst I would select a few of the fairest and dissolve them in vinegar. With all the recklessness of Egypt’s queen I would then swallow the no longer costly brew in one long delirious gulp, but not without first pouring a generous and despairing libation to Venus Margaretifera.

“And then? Then the moment would have arrived for me to erase the word ‘pearl’ from all the books on my shelves and die.”