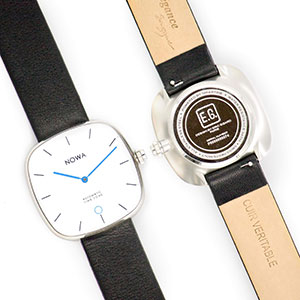 After numerous false starts and sprints that quickly fizzled, the wearable device market—led by the Apple Watch, Fitbit, and others—finally seems poised for some reliable slow-and-steady growth.

According to a new report from technology research and advisory company Technavio, the global wearable electronics market is expected to grow more than 15 percent by 2023.

Here are the reasons the company cites for its findings:

++ With the growing internet penetration, “the growing mobile subscriber base, and the rising number of IoT devices, an increasing number of developed and emerging economies across the world are witnessing a significant surge in digitization.” This has led to more devices that integrate artificial intelligence, virtual reality, contactless payment, and other truly useful tools. And when a wearable can do many of the things you rely on your phone for, demand for wearables increases—and it already has, according to the study.

++ The “growing focus on the development of low-powered electronics” will also contribute to the market’s growth: “The growing popularity of wearable electronic devices such as smart bands, smart rings, smart watches, and HMDs are resulting in the rising need for high-performance and low-power consumption electronics,” reads the study. “There is a high demand for low-power-consumption electronic components such as sensors, processors, and batteries.” Hence, manufacturers have developed “a new processor architecture with large, small, and tiny cores. The optimization of these processors increases their battery life, making them reliable.”

Globally, North America led the wearables market in 2018, followed by Europe and Asia, respectively. The market growth in North America “can be attributed to the growing ecosystem of connected devices, constant technological advances, and the presence of large crowdfunding platforms such as Kickstarter and Indiegogo,” according to the company.