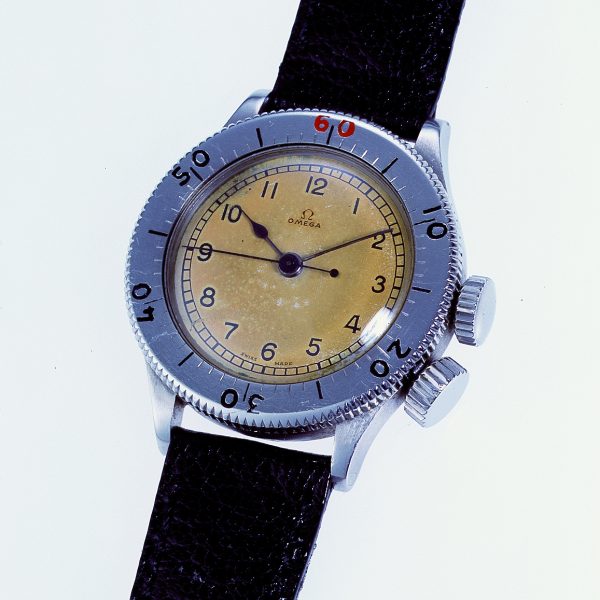 Over the weekend, I saw Atomic Blonde, a sexy thriller set in Berlin in the waning days of the East German republic. Starring Charlize Theron as a badass MI6 agent assigned to retrieve a critical piece of spy intel from rogue agents, the film has great style and a rad ’80s soundtrack.

In spite of a confusing plot with some serious believability issues, the action scenes featuring an impeccably dressed Theron are great fun to watch; her icy turn as agent Lorraine Broughton invites inevitable comparisons to James Bond (in killer stilettos—literally). But the image that stayed with me after the movie ended wasn’t Theron doing hand-to-hand combat with a group of Soviet thugs—it was the Carl F. Bucherer timepiece that served as a key plot device. 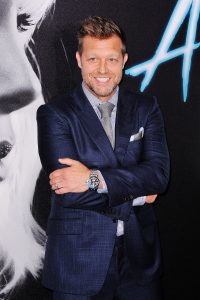 That the Swiss watch industry has connections in Hollywood is nothing new. For years, Richemont maintained an entire office here in Los Angeles, led by a guy named Seth Berman, who helped place the group’s brands in films, like the Jaeger-LeCoultre Master Control timepiece that Justin Timberlake wears in that 2011 cinematic gem Bad Teacher. In Berman’s bio, his efforts at product placement are described as “non-traditional marketing tactics to grow brands by creating cultural awareness and purpose behind Richemont brands.”

I can dig it. There is real value in seeing Swiss timepieces on the big screen, provided those cameos feel authentic and help pivot the plot. Otherwise, the filmmakers risk insulting the audience—we’re too smart not to see overt placements as what they are: examples of corporate greed (for the most egregious offender, check out this compilation of director Michael Bay’s product-placing shamelessness).

The opening scene of Atomic Blonde introduces the watch that will become integral to the whole movie; when I saw it, my interest was piqued—primarily because we see the timepiece from too great a distance to know what it is. The filmmakers made sure I didn’t wonder for too long—an entire scene at a watch boutique and a (too) long pan of a new Carl F. Bucherer model (as opposed to the pre-1989 model that figures into the plot) felt gratuitous.

I had a similar reaction to the limited edition TAG Heuer Connected Kingsman Special Edition that went on sale on Mr Porter last month in advance of the Sept. 22 premiere of Kingsman: The Golden Circle. I haven’t seen the film, so I can’t say whether the watch is gratuitous to the plot—but the limited edition watch, which features the Kingsman logo on the dial, begs the question: Besides the cast and crew of the movie, who is buying this watch? Are there die-hard Kingsman fans out there who happen to be Swiss watch enthusiasts? 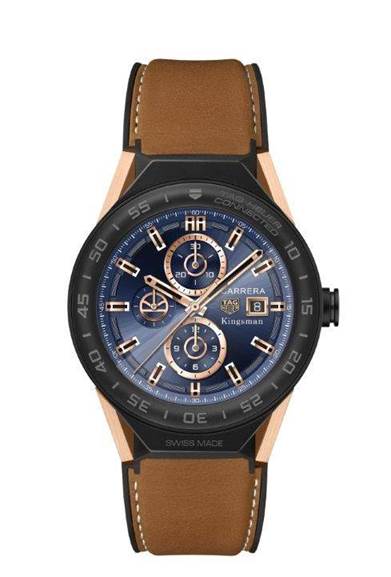 TAG Heuer certainly thinks so. “The Kingsman program is part of the Swiss watch company’s strategy to connect with a millennial audience and to build its e-commerce business,” according to a press release.

It’s as if every Swiss brand has read the same digital playbook at the exact same time. A few years ago, you couldn’t get watchmakers to even consider e-commerce; now it’s all they talk about, with film tie-ins offering a specious excuse to promote their digital savvy.

Omega’s new Dunkirk tie-in is a notable exception. The brand just came out with a press release touting its authentic connection to the WWII–era film, about the Battle of Dunkirk. The release includes a vintage ad with the following copy: “As every Airman knows, all the Navigational watches used by the R.A.F. during the war were made in Switzerland. Approximately half of these were Omega watches.” 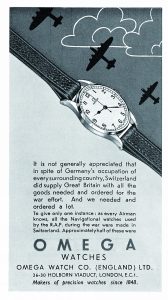 We then learn that Dunkirk director Christopher Nolan has outfitted Tom Hardy’s character, a Royal Air Force pilot, in the CK2129, the Omega model most commonly worn by members of the R.A.F. (Equipped with a rotating bezel enabling the timing of specific intervals, the wristwatch was among a host of models—including the UK/CK 2292, aka “the Spitfire watch,” and the CK2444, aka “the waterproof watch”—used by the Brits during WWII.) 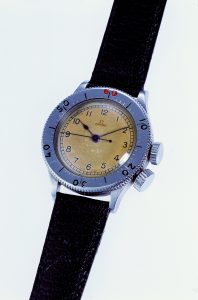 Omega is right to draw attention to its legacy as a military instrument—but let’s hope neither the brand nor Nolan felt the need to overemphasize it in the film. Why risk squandering such legitimacy in a vain attempt to grab a few extra seconds in the spotlight?