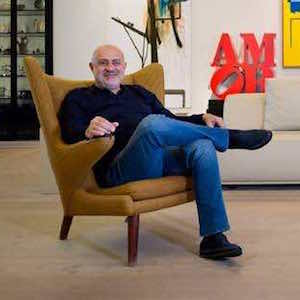 Being added to OFAC’s Specially Designated Nationals and Blocked Persons List means that U.S. citizens are forbidden to do business with Ahmad, and anyone who does business with him may be subject to enforcement action. In addition, his U.S. assets are frozen.

A Treasury statement described Nazem Said Ahmad as a diamond dealer who formerly ran a business in Belgium. He is “also a prominent Lebanon-based money launderer and significant Hizballah financier,” it alleged.

Ahmad is also involved in high-value art collecting, and his collection includes pieces by Pablo Picasso and Andy Warhol.

Ahmad could not be reached for comment, but his daughter, who runs a Beirut art gallery also cited by OFAC, denied the charges to The New York Times.

Jewelers Vigilance Committee president and chief and executive officer Tiffany Stevens says we should expect more industry names sanctioned by OFAC. She noted that the U.S. Treasury Department recently hosted an event about this issue, which stressed the need for companies to do proper due diligence, comply with existing anti–money laundering statutes, and, if need be, file suspicious activity reports.

“Our concern is that good upstanding people will get swept up in this,” she says.

In September, the Treasury Department slapped OFAC sanctions Al-Hebo Jewelry Co., which has locations in Turkey and Syria, for allegedly siphoning funds to terrorist group ISIS.

In addition, OFAC has sanctioned more than 30 entities linked to Israeli diamond billionaire Dan Gertler for allegedly engaging in corrupt business deals in the Democratic Republic of Congo. Gertler has protested his innocence and recently hired attorney Alan Dershowitz and former FBI director Louis Freeh to press his case.

Diamonds mined by Zimbabwe Mining Development Corp.–which includes most of the diamonds produced in the Marange region of Zimbabwe—are also subject to OFAC sanctions.

A complete list of the newly sanctioned individuals and entities can be seen here. The full OFAC list is available here. OFAC also has a frequently asked questions page.

(Photo: Selection Arts, courtesy of the U.S. Department of the Treasury)