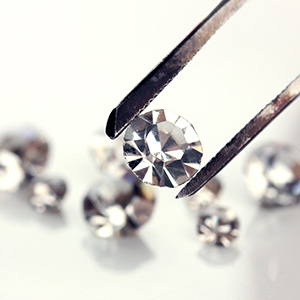 Despite technological advances, undisclosed lab-grown diamonds still pose a tremendous risk to the supply chain, particularly when it comes to smaller stones, attendees agreed at an April 25 conference sponsored by the U.S. Jewelry Council.

In the wake of new announcements of improved detection equipment, the mood at the event, held at the InterContinental Hotel in New York City, was a little less anxious than at a similar event held in November. Still, undisclosed lab-grown diamonds have become such a concern they now have their own acronym (ULGD).

The conference was held under the Chatham House Rule—and I don’t mean Tom Chatham—which says attendees can disclose what was discussed, but not the speaker.

Gem labs said they were confident they could identify every created diamond, as mined and manufactured diamonds have different “growth morphologies.” Still, retailers and manufacturers were most worried about melee, which aren’t always sent to a lab. They have had to institute extensive new screening procedures to make sure nothing “slips through.”

One prominent manufacturer admitted that during its tests, “We’ve found things. It’s going to be a long road. It’s going to happen. People will always try things. This is a whole new ballgame.”

In fact, disreputable traders aren’t just “trying things” by mixing in man-mades with naturals.  According to one speaker with contacts in the lab-grown industry, those companies have also found their parcels peppered. “They’ve had issues with people mixing in CZs, YAG,” he said. (Which makes sense—after all, manufacturers are less likely to do testing on a parcel of synthetics.)

Even though detection technology has clearly improved, there will always be curveballs. The head of a major gem lab announced that his organization recently came across its first natural-synthetic composite stone, which was submitted to his lab undisclosed. While the lab’s equipment identified it, composites could pose detection challenges for certain devices, he said. A person from a rival lab told me later that composites aren’t likely to become a major problem, as they will probably prove difficult and not necessarily economical to manufacture. But that unsettling new discovery is a stark signal that while detection technology has improved, the bad guys may be upping their game as well.