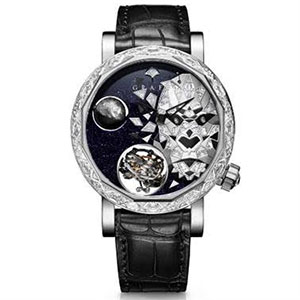 During last year’s holiday season, sales of smartwatches  outpaced those of traditional watches in the United States for the first time ever, according to respected watch industry tracker the NPD Group.

“That was definitely a milestone,” says Reginald Brack (pictured below), NPD industry analyst for watches and luxury. “Smartwatches are such a heavily gifted item, so it makes sense that they would do well over the holiday. But that was the first time we have seen that result.”

However, in the first quarter of 2019, traditional watches raged back, capturing nearly two-thirds of the watch market, said NPD. Watches made with precious metals saw a double-digit gain, due in part to problems sourcing steel.

Smartwatches still claimed about one-third of overall watch sales—not a bad result for a category that is only about 4 years old, says Brack. He notes that, even in the first quarter, smartwatch sales saw more than 20% growth. In addition, three of last year’s top watchmakers—Apple, Samsung, and Fitbit—sell only smartwatches.

“Their market share is definitely growing,” says Brack. “What’s great about that section of the market is that it’s bringing new users into watch purchasing. While it is cannibalizing that $500-and-under segment, it’s not cannibalizing traditional watch buying. It’s really bringing someone who hasn’t been a watch wearer to get used to wearing something on their wrist.”

While NPD has found that most smartwatch wearers are younger, there is growing adoption from women and affluent buyers, he says.

“The one challenge for them is they need to provide that support, as far as upgrades, just like they do with mechanical watches,” he says. “They have to show a commitment to that category. That is where the challenge lies.”

Still, perhaps the statistics indicate that there’s a growing segment of consumers who feel inundated with technology in their daily lives and therefore don’t want to strap another small computer—in the form of smartwatch—onto their wrist.

Watch and jewelry writer and journalist Barbara Palumbo told JCK’s Emili Vesilind recently that it’s the romance inherent to the histories of legendary watch brands (which gets infused into their timepieces) that galvanized her love of analog watches.

“I love the Swiss brands’ backstories, and I love that they’re still out here trying to remain relevant, while not giving up their DNA,” she said. “Once you own those timepieces, they become part of your own personal history.”

Imagine someone saying that about an Apple Watch.