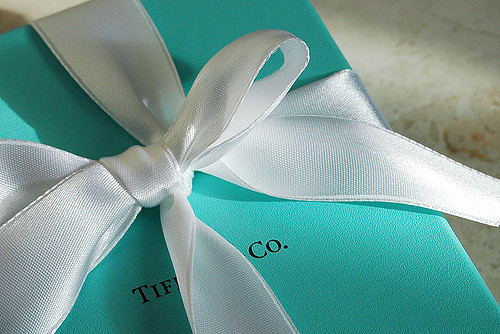 Tiffany & Co. hasn’t traditionally allowed analyst questions on its conference calls, but investors must have had a lot built up. When executives opted to take questions today, they fielded a solid hour of inquiries, until vice president of investor relations Mark Aaron finally cut things off.

The storied retailer posted better-than-expected, if still uneven, results, which chairman and interim CEO Michael J. Kowalski termed “disappointing.” Comps came in flat for the fourth quarter (ended Jan. 31) and down 5 percent for the year. But profits, though down 3.3 percent for the quarter, beat Wall Street expectations, and analysts were generally heartened by the results. In particular, they seemed pleased that Tiffany had stabilized formerly falling sales under the $500 price point. (You can see Tiffany’s full statement here.)

Among the highlights of the earnings call:

– Tiffany wants to speed things up.

The home of the little blue box is a 180-year-old company, but executives want to act like a far younger one, aiming for greater speed in product introductions.

“We want greater newness at a greater pace,” Kowalski said, making a point he emphasized throughout the call. “We are focused on increasing the pace of new products and new innovations.”

He said any new collections the company introduces will need to be “big and impactful,” pointing to Tiffany T as a model.

Kowalski also said that, upon his return to the CEO chair, he was pleasantly surprised by the number of new initiatives taking place, on everything from improving the store experience to customer service. Which is a bit ironic, considering the last CEO was fired for purportedly not changing the company fast enough.

One of newly appointed chief artistic officer Reed Krakoff’s first contributions will be a gift-oriented nonjewelry accessory collection, set to debut in November.

The accessory business “is something we have walked away from, and want to get back to,” Kowalski said.

Krakoff is also in charge of how the brand presents itself going forward and is currently looking at new store prototypes, though Kowalski doesn’t think that any new designs will represent a “radical right or left turn from where we are. It will be a continual evolution and fine-tuning of what we have.”

– Tiffany is still a little skeptical of e-commerce.

E-commerce results were flat this year; online sales currently represent 6 percent of the company’s business. Aaron said that while its linkup with Net-a-Porter has done well, Tiffany still maintains that e-commerce will represent a small percentage of its sales.

“It’s possible that the 6 percent of sales could gradually move up to 8 or 10 percent,” he said. “We never think that it will be a very large number, because it’s not the nature of our business.”

Chief financial officer Mark Erceg did note that the nonjewelry accessory collections will lend themselves better to online sales than the company’s traditional jewelry offerings.

– The company is committed to corporate social responsibility (CSR).

You may remember that, upon his now-aborted retirement, Kowalski aimed to become something of an environmental advocate. In his comments, the CEO made a point of stressing that “we remain absolutely committed to our industry-leading efforts around corporate social responsibility and environmental sustainability, an area of great importance and relevance to us and, we believe, to our customers as well.”

Later, Kowalski accidentally used the letters CSR instead of CRM (for “customer relationship management”) and joked that was he was “betraying [his] bias.”

Erceg made a fleeting reference to “our cruise ship initiative” in reference to a question on slowing mall traffic. He didn’t add to that, but it appears Tiffany’s opening of a store on a Royal Caribbean cruise ship may not be a one-off.

– Sales at the company’s New York City flagship are still down, but down less.

Much has been made of how the commotion around the Trump Tower has hurt business at Tiffany’s Manhattan flagship. Now that the president has moved to the White House—though the first lady and son still live on Fifth Avenue—sales at the store have improved a bit, but Aaron stressed that’s largely attributable to several large sales in the first part of the year.

“We will continue to work with the Secret Service and the New York Police Department to maximize access [to the store] and minimize disruption,” Erceg said. “But a lot of that is beyond our control.”

– What about that sale talk?

Just about all the commentary on Tiffany’s recent deal with activist investor Jana Partners mentioned speculation regarding a possible sale of the company. (Of the three new directors added to the board, two headed companies that were eventually purchased.) No analyst asked about a sale on the call, and executives didn’t mention it, though Kowalski did note that May 5 marks the 30th anniversary of its initial public offering.