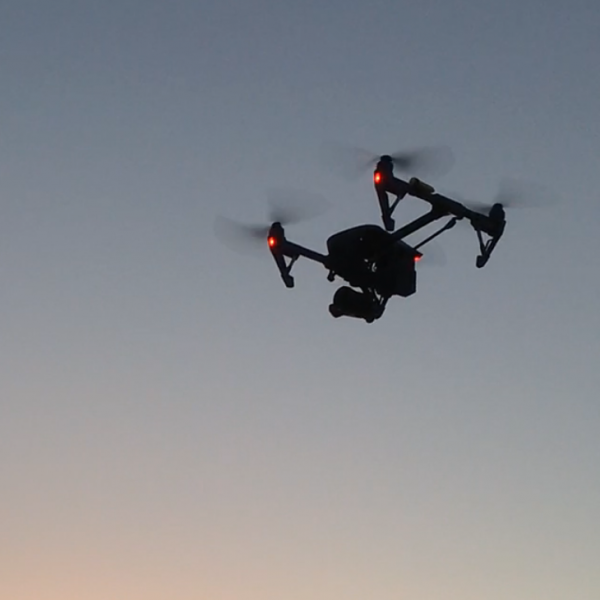 Last month, in response to my article on how millennials propose differently, I received an email from Shane K. Oaks, the owner of Seven Oaks Fine Jewelers, a two-store chain based in St. George, Utah.

“We offer a free ‘droning’ of customer proposals,” he wrote. “It has been an awesome way to get to know our clients a little better and it’s just one more way to battle the online retailers.”

That was certainly an intriguing idea—and yet, I was unprepared for the videos that “droning” produces, which are unique and striking.

Oaks came up with the idea due to his interest in drones.

“I just thought of it one day,” he says. “Amazon was talking about delivering packages by drones. There was a jeweler that delivered a ring with a drone. I just took it one step further.”

To make the videos, Oaks and daughter Brooklyn accompany the groom-to-be to the place he plans to propose. Then, with one camera at eye-level and the other positioned in the air, the duo record the question-popping for posterity.

Most of the time, the man and woman are so wrapped up in the moment, they barely notice the object buzzing around them—although, at the end, he typically asks the couple to wave.

Of course, Oaks could just do ground-level filming, but he feels that the view from on high produces a more impactful end product.

“You tend to capture a lot more from a bird’s-eye view than you do on the couch,” he says. “It puts a different spin on things. That is why football coaches look at things from above. There are things you don’t notice on the ground.” 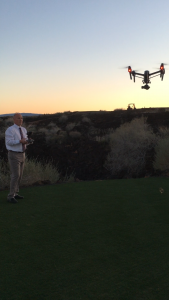 It typically takes Shane and his daughter about two to four weeks to edit the videos, which are accompanied by noncopyrighted music. If the customers give permission, the store posts them on Facebook and YouTube.

The service is offered to customers for free, and on more than one occasion, the idea has sealed the sale.

“It’s an experience that builds loyalty,” Oaks says. “You become part of the proposal. You are there with their parents and their best friends. It makes you part of an awesome thing.”