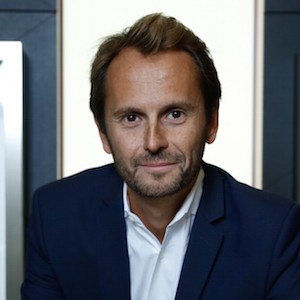 He replaces Kilian Müller, a nine-year TAG veteran who earlier this year left the brand to become director of sales for the Bucherer Group, the owner of Tourneau.

Prior to that, Beaufils served as a general manager of body fragrance company L’Occitane en Provence in Europe and the Americas.

In his new role, Beaufiils will be tasked with overseeing sales, marketing, and operations across the United States and Canada. He will report to Yann Bouillonnec, TAG Heuer’s vice president of sales. He will be divide his time between the two TAG Heuer offices in Springfield, N.J., and New York City.

Beaufiils will be dedicating the next few months to visiting boutiques, meeting with TAG Heuer teams, and immersing himself in the brand’s history before he introduces any new initiatives, according to a statement.

The brand has been one of the few Swiss manufacturers to embrace the smartwatch trend. Last year, it even offered a diamond-covered $180,000 model, which was described as the world’s most expensive, though some analysts dismissed it as a “marketing gag.”