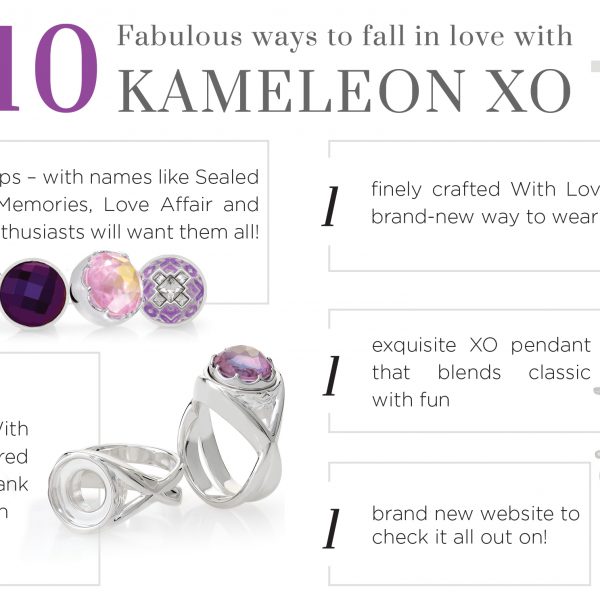 JewelPop‘s Kameleon Jewelry line is celebrating its 10th anniversary with the release of a new collection, With Love XO. The collection, which includes a new lariat style, pendant, ring, and interchangeable JewelPops, is available at all authorized Kameleon retailers as well as on the brand’s website.

“This gorgeous collection was lovingly crafted to convey our sincere thanks to our retailers and customers, including our 160,000+ Facebook fans for their constant love and support of our amazing brand,” said Brenda Wilson, JewelPop president, in a press release.

For more information and to see the collection, visit kameleonjewelry.com. 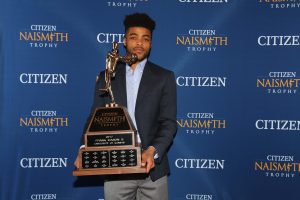 University of Kansas senior Frank Mason III, and Kelsey Plum, the all-time leading scorer in NCAA Division I women’s basketball history, were both named winners of the 2017 Citizen Naismith Trophy. The trophies, named for the inventor of basketball, Dr. James Naismith, are presented annually by the Atlanta Tipoff Club, in partnership with Citizen, to the nation’s most outstanding men’s and women’s college-basketball players. 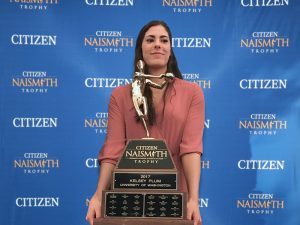 Mason and Plum were chosen by the Atlanta Tipoff Club’s national voting academy, which is comprised of leading journalists from across the country, current and former head basketball coaches, previous award winners, and conference commissioners. Mason became the first player in Big 12 and University of Kansas history to average 20 points and 5 assists per game for a season. As for Plum, in addition to becoming the NCAA all-time scoring leader, she became the first player in Pac-12 history—male or female—to score 3,000 career points. 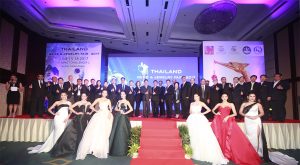 Members of the Thai government, along with the Thai Gem and Jewelry Traders Association (TGJTA) and members from gem and jewelry associations across the Association of Southeast Asian Nations (ASEAN), came together to promote the upcoming Thailand Gems & Jewelry Fair, which will be held at the IMPACT exhibition center in Bangkok, Thailand, from June 15–18.

“Today we are honored to welcome our friends from China, India, Hong Kong, Malaysia, Myanmar, and Italy, who are showing their support for the Thailand Gems & Jewelry Fair 2017,” said Suttipong Damrongsakul, president of the TGJTA. “We hope to strengthen this fruitful relationship between our associations and members, and to see further cooperation among our industry and our countries in the near future. I believe that together, we can make ASEAN+6 a strong base for jewelry manufacturing and trading.”

Further promoting the event, Kobkarn Wattanavrangkul, Thai minister of tourism and sports, announced in March that the ministry plans to highlight Thailand as a jewelry shopping destination. “The Thai cabinet has approved the project to promote Thailand as the world’s hub for gems and jewelry, therefore the Ministry of Tourism and Sports is determined to promote Thailand as the gems and jewelry shopping destination for overseas tourists,” she said in a press release.

For more information on the upcoming jewelry show, visit thailandgemsfair.com.

Fine jeweler Gabriel & Co. is celebrating Mother’s Day with a contest, which the brand is calling “The Greatest American Love Story Ever Told.”

The contest asks entrants to submit their greatest love stories about their moms—examples include, but aren’t limited to, how their parents met, how mom’s passion for her job has inspired them, and how mom demonstrates love for her children and grandchildren.

The deadline to enter is May 5, 2017. Winners, to be determined by the number of likes each story gets across Facebook and Instagram, will be announced on May 12. Prizes include special gifts from Gabriel & Co. with retail values ranging from $300–$700.

For rules and to enter the contest, visit this contest page.