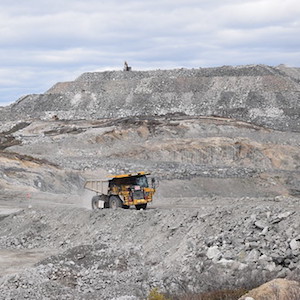 On Sept. 9, Stornoway Diamond Corp. filed for protection from creditors in the commercial division in the Superior Court of Quebec, Canada. Stornoway owns Renard (pictured), the only diamond mine in Quebec.

Montreal-based Osisko Gold subsequently announced that it and several other secured Stornaway creditors had entered into a letter of intent to purchase its assets under a credit bid transaction. The creditor group plans to assume the miner’s debts and liabilities. The deal is subject to court approval.

For the meantime, the owner of Canada’s sixth diamond mine will use a $20 million working capital facility, also financed by its secured creditors, that will keep the Renard mine operating uninterrupted for the near future. The mine has been open since 2017 and produces about 1.8 million carats a year.

The company blamed the filing on the “continued downward pressure on the market price for rough diamonds,” as well as its high level of indebtedness. It had been looking for a buyer or new inventors since June but had not attracted any “qualified third-party bids,” it said.

In its statement, Stornoway noted that trading in its common shares on the Toronto Stock Exchange has been halted. In late August, the Toronto exchange had warned the company that it faced possible delisting.

It expected that its filing for protection from creditors will speed up the removal from the exchange—but noted it didn’t think that was such a big deal anymore.

“The corporation [believes that] there is and will be no recoverable or residual value in either Stornoway’s common shares or convertible debentures,” said a statement.