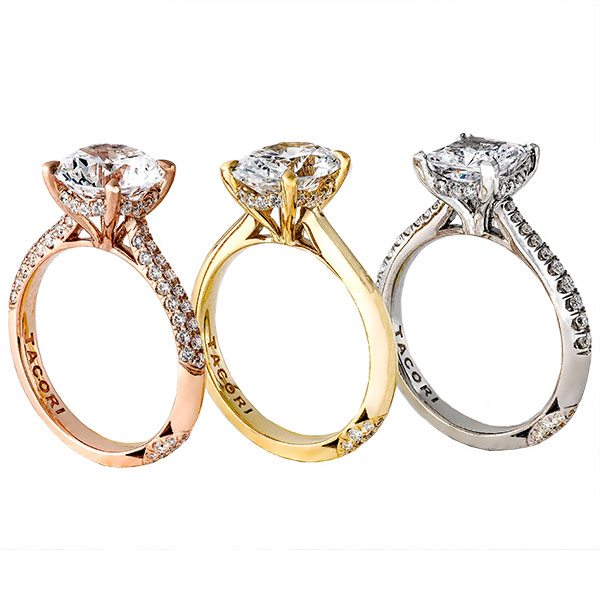 The jewelry trade flexes its narrative-spinning muscles at the 20th edition of Luxury.

The jewelry industry’s ­fascination with storytelling—about its products, their journey to market, and how the business of selling them has transformed over the past decade—was a recurrent theme at Luxury, which opened May 29 amid a festive atmosphere befitting the show’s return to its former home at the Venetian in Las Vegas, after an eight-year stint at Mandalay Bay.

The team at Omi Privé (LUX702) took the storytelling concept to the next level with a window display that made clever use of Lego figures and dollhouse furniture (including a real-life cutting wheel and a miniature safe!) depicting each stage of a gem’s journey, from mine to retail counter.

“I had the idea to do this three to four months ago,” said Omi president Niveet Nagpal. “How do you tell the story ­visually? There are so many hands in the process. We’re trying to get people to stop and think about what we do.”

Nagpal said he’s convinced that selling jewelry is made easier by sharing details about where it comes from and how it’s made. He flashed an exotic-looking three-stone ring centered on a 2.12 ct. oval-shape grandidierite, a rare green gem found only in Madagascar. “I’d never heard of it until a couple years ago and then saw a minty green ‘grandi’ and went on a bit of a warpath to find it,” he said. “It’s something to tell collectors about.”

The importance of displaying statement-worthy pieces was not lost on Sonny Sethi, CEO of New York City–based Tara Pearls (LUX805), where a showcase featured some of the rarest and priciest pearls in the market, including a 76.81 ct. round melo pearl from Vietnam that retails for $200,000 and a 10.58 ct. bubble-gum pink conch pearl bearing a distinctive flame-like effect, priced at $250,000 retail.

Asked if he expected to sell the conch pearl at the show, Sethi shrugged. “You never know,” he said. “But it’s a talking piece. People stop and talk about it.”

For the designer Erica Courtney (LUX601), a lover of rare and esoteric stones, storytelling is an intrinsic part of the job. On day one of Luxury, she showed a ring set with a 5.1 ct. Shakiso emerald from Ethiopia. “It’s a new discovery,” she said. “You’re able to say, ‘No one has ever had this before.’ ”

Courtney added that she bought a Shakiso emerald for her 8-year-old granddaughter, Brooklyn. “I’m building her a collection of jewelry she’ll see when she’s age appropriate,” she said.

Among Luxury’s community of bridal jewelry exhibitors, there was consensus: “The halo is so strong—people want it to die, but it’s not dying,” said Brian Hakimian, owner of New York–based Imagine Bridal (LUX1117). “It’s what the modern bride wants.”

Hakimian said one way contemporary brides are differentiating their halos is by requesting styles that feature bigger-size melee around the center stone—“Three- to four-pointers instead of half- or three-quarter-pointers.”

The team at Forevermark (Titian 1) would agree. The brand used the occasion of Luxury to debut its first line of ­finished jewelry, the Forevermark Engagement and Commitment collection, a range of classic rings—including variations of the halo—it will promote through a new ­advertising campaign called “I Take You, Until Forever,” a modern interpretation of vows and commitment.

At Plano, Texas–based Sylvie Collection (LUX131), the ubiquitous halo style is giving way to what the company calls “hidden halos”—rings featuring a band of diamonds that hug the center stone beneath its girdle, visible only from the side. Director of marketing Cassie Pekar said the line is a reaction to increased demand for more pared-down versions of the halo.

“We’re seeing a lot of requests for a simpler look,” echoed Nadine Arzerounian, design director of Los Angeles–based Tacori (Veronese 1), which introduced a slew of new Blooms—i.e., halo rings—at Luxury that look like clean, modern solitaires with bands of diamonds wrapped beneath the stones in a subtle concession to ornamentation.

The jewelry industry veteran—Arzerounian’s father is Tacori founder Haig Tacorian—also remarked on the ­nostalgia she felt about Luxury’s return to the Venetian and Sands Expo: “It brings back all the memories of when we were young!” Not to mention a lot of stories.