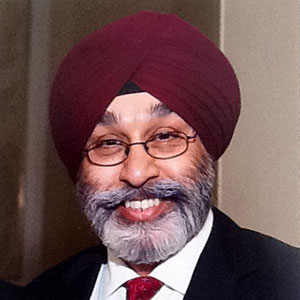 The Jewelers 24 Karat Club of Southern California will honor a retailer, a gemstone dealer, and a retail and association veteran at its 75th annual dinner dance and gala.

Ruben Bindra, president of B & B Fine Gems, and Bill Jones, chief executive officer of Sissy’s Log Cabin, will receive the organization’s Excellence in Service Award.

Bindra (pictured) started B & B Fine Gems with his wife, Lavi, in 1985, working from their apartment. He currently serves as president of the American Gem Trade Association: He is only person to hold the position three times.

Sissy’s Log Cabin has stores in Pine Bluff, Little Rock, Jonesboro, Ark., and Memphis, Tenn. Bill Jones (pictured below) is the son of Sissy Jones, the store’s founder, and Murphy Jones, its secretary and treasurer. He has been a board member of the Arkansas Jewelers Association and was selected by Arkansas Business in 1998 as one of 40 under 40 Arkansans to watch.

“Bill and Ruben have both made a tremendous impact on our industry and exemplify a high standard of professionalism, business ethics, and a commitment to excellence, true to the 24 Karat Club’s mission,” Silvia Raz, the 24 Karat Club’s president, said in a statement.

The 24 Karat Club will also give Terry Chandler (pictured below), CEO of Diamond Council of America (DCA), its Lifetime Achievement Award.

Chandler’s retail jewelry career spans 40 years. He started as a trainee at Michelson Jewelers, then a small family-owned chain of four stores. He later became a partner in the chain as it swelled to 12 stores.

In February 2001, he became president and CEO of the DCA. In 2017, the group became an affiliate of Jewelers of America (JA) and relocated to JA’s headquarters in New York City.

(Images courtesy of the Jewelers 24 Karat Club of Southern California)