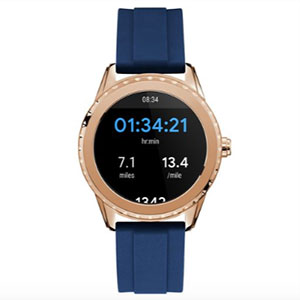 According to a new report from market analytics firm the NPD Group, that growth was largely driven by a 54 percent increase in dollar sales of smartwatches.

The latest “Watch Total Market Report” from the NPD Group says that traditional watches accounted for 56 percent of annual dollar sales last year. But that smartwatches outsold them in the fourth quarter and accounted for 55 percent of total watch sales during the last three months of the year.

“We have entered a new watch universe where smart options have become as significant as the traditional,” said Reginald Brack, watches and luxury industry analyst for the NPD Group in a company statement. “Smartwatches are today’s growth engine, but there’s still a place for traditional watches…in the marketplace.”

That’s especially true when you’re talking about the pre-owned luxury watch category. The watch industry is consolidating, but the top players are sharpening their aim. Anecdotally, I’ve profiled several retailers, including Crown & Caliber and WatchBox, who deal exclusively in pre-owned luxury watches and have seen their sales skyrocket in recent years.

NPD reported that “traditional watch channels” (dealing in new watches, presumably) saw a sales decline in 2018, but added that the average suggested retail prices of traditional watches being sold increased in 2018—and that the most stable price point was at the high end of the market, “among watches priced $25,000 and up.”

Watches sold or perceived as gender-neutral gained in popularity. “Sales of watches without a specific gender designation were the only segment to grow in 2018, up 35 percent in total MSRP dollar sales,” according to the report.