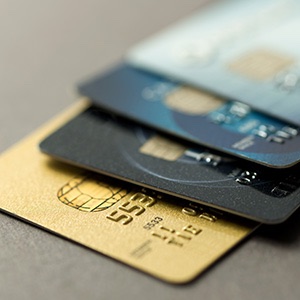 Signet Jewelers has agreed to pay an $11 million combined civil penalty to the Consumer Financial Protection Bureau (CFPB) and the New York State Attorney General (NYAG) to settle charges that it enrolled customers in credit card programs and for credit insurance without their knowledge or consent.

A  release from the New York State Attorney General’s office charges that Signet employees used a variety of tactics to, in its words, “deceive” consumers into enrolling in the company’s credit program. In some cases, employees induced consumers to provide personal information by signing them them up for a rewards and discount program, without letting them know they were also getting a credit card. Sometimes, consumers did not find out that they had applied for a card until they noticed an unexplained inquiry on their credit report or received the card in the mail, the NYAG’s office says.

It also alleges that Sterling employees misrepresented the terms of store credit cards. While consumers were told they were enrolled in a “no interest” financing plan, in reality the plan included monthly financing fees, charges the NYAG.

In a statement, Signet said that it “has cooperated fully with the CFPB and NYAG investigations, and while we disagree with the allegations made against Sterling, we chose to negotiate a resolution of this matter to avoid the time, expense, and uncertainty of litigation with the agencies. We have used this opportunity to internally reaffirm the transparency and fairness of our credit-related policies, and we look forward to continuing to provide our customers with access to suitable credit options.”

A consent order, filed in Southern District of New York federal court and posted as part of a Jan. 16 Signet filing with the Securities and Exchange Commission, requires the company to fully inform consumers about the credit and insurance they are signing up for and provide the NYAG with a written progress report.

The settlement covers Sterling, the division that oversees the Kay and Jared chains. Zales, which Signet purchased in 2014, has long outsourced its credit.

In 2017, after the investor community raised concerns about the amount of subprime debt on Signet’s balance sheet, Sterling, which has always kept credit in-house, started the process of outsourcing its portfolio. That process was completed last year.

The payment consists of a $1 million penalty to New York State and a $10 million payment to the CFPB. The company will recognize the $11 million pretax charge on its fourth quarter financials (ending Feb. 3).

Signet first disclosed the investigations in 2017.

“This settlement holds the company accountable for its misconduct and ensures that no more consumers are deceived,” said New York Attorney General Letitia James in a statement.

While this is yet another potential PR black eye for Signet, America’s largest jeweler did have some positive news today: It was selected for inclusion in the 2019 Bloomberg Gender-Equality Index (GEI), a list of 230 companies recognized for their commitment to women’s equality. Signet is one of only a limited number of retailers and the only jewelry retailer included in the 2019 Bloomberg GEI.

Signet remains embroiled in litigation that dates back a decade, which charges that its pay and promotion policies discriminated against female employees. It has said that it “thoroughly investigated the charges” and found them “without merit.”