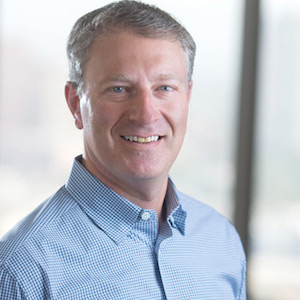 Signet Jewelers has nominated Jonathan Seiffer (pictured), a senior partner at private equity firm Leonard Green & Partners, to be a member of its board of directors.

If approved at the company’s upcoming board meeting, he will be the second Leonard Green executive on Signet’s board, which will then comprise 11 people. Managing partner Jonathan Sokoloff has served as a Signet board director for nearly three years.

The move seems to indicate a greater role for Leonard Green in the management of the company going forward.

In 2016, the Los Angeles–based private equity fund, which has numerous retail holdings, invested $625 million in Signet. It holds approximately 12 percent of the company’s outstanding common shares on an as-converted basis.

Seiffer has been an observer to the Signet board since October 2016. Observers are allowed to view and participate in board meetings but don’t get an official vote.

Signet’s annual shareholder meeting will be held on June 14. At that meeting, in line with the board’s tenure policy, two directors, Marianne Miller Parrs and Thomas Plaskett, will not stand for reelection.

Leonard Green owned watch retailer Tourneau from 2006 until 2018, when it was purchased by Bucherer.

A graduate of the University of Pennsylvania, Seiffer joined Leonard Green in 1994. He currently serves on the board of directors of AerSale, Authentic Brands Group, BJ’s Wholesale Club, Caliber Collision, Mister Car Wash, SRS Distribution, and he previously served on the board of Whole Foods Market.

“Jonathan brings a comprehensive retail background and extensive experience working with companies undergoing transformations, as well as investor perspective,” said Signet Jewelers chairman H. Todd Stitzer in a statement. “Having served as an independent observer to the board for the past several years, Signet has benefited from his counsel, and we believe Jonathan will continue to be a valuable contributor in this increased capacity.”

(Image from Leonard Green and Associates)