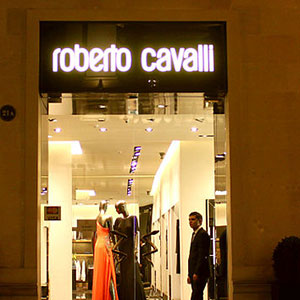 “[Cavalli’s] stockholders have engaged in a months-long process to obtain additional capital to support the global operations of Roberto Cavalli SpA and its affiliates, including its business in the United States operated through the company,” said the filing. However, “it has been unsuccessful at obtaining capital sufficient to support continued operations in the United States.”

When the parent company terminated marketing contributions to its U.S. subsidiary, that strained its liquidity and left it unable to continue as a going concern, the filing said.

According to Business of Fashion, Art Fashion Corp. has operated at a loss for the last five years, including a $17.8 million loss in 2018, excluding $13 million spent in marketing.

Business of Fashion also reported that executives of the U.S. subsidiary, including CEO Salvatore Tramuto, have resigned.

Prior to that, the designer brand was owned by the Italian watch and jewelry conglomerate Morellato & Sector. The Cavalli brand was founded by its namesake designer in 1972, when he opened his first boutique in St. Tropez, France. The designer retired from the company in 2015.