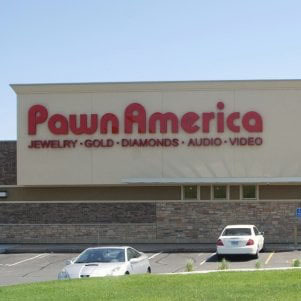 On February 12, Pawn America, a chain of nearly two dozen pawn shops, filed for Chapter 11 in Minnesota bankruptcy court, calling itself a victim of the “challenging retail environment.”

The company has 23 stores in Minnesota, Wisconsin, South Dakota, and North Dakota. In fiscal year 2016, it generated $64 million in annual revenue.

According to a declaration by founder and president Bradley K. Rixmann, while in Chapter 11 the company plans to close stores, revisit lease terms, reduce its debt, and streamline operations.

Rixmann said the company is suffering from many of the same afflictions as fellow retailers: “in-store traffic decline, reductions of revenue in important sales categories, significant changes to traditional retail trends, expensive leases, and an increased consumer emphasis on internet-based transactions.”

The company was founded in Robbinsdale, Minn., as a 900-square-foot pawnshop. For its first two decades, it expanded consistently and profitably, hitting $74 million in revenue in 2012. This led to an aggressive growth strategy and a decision to stress high-value transactions in an attempt to boost margins.

However, the emphasis on high-value transactions also sparked a larger-than-expected decrease in lower-ticket items. That hurt revenue, which in turn made it harder for the company to service its debt and retain skilled personnel.

Two well-performing locations—one in Fargo, North Dakota, the other in St. Paul, Minn.—were hurt by a competitor opening across the street and nearby rail construction, respectively.

Rixmann’s declaration says that, despite its challenges, the company intends to remain open and hopes the bankruptcy process will “allow it to operate profitably in the years and decades to come.”