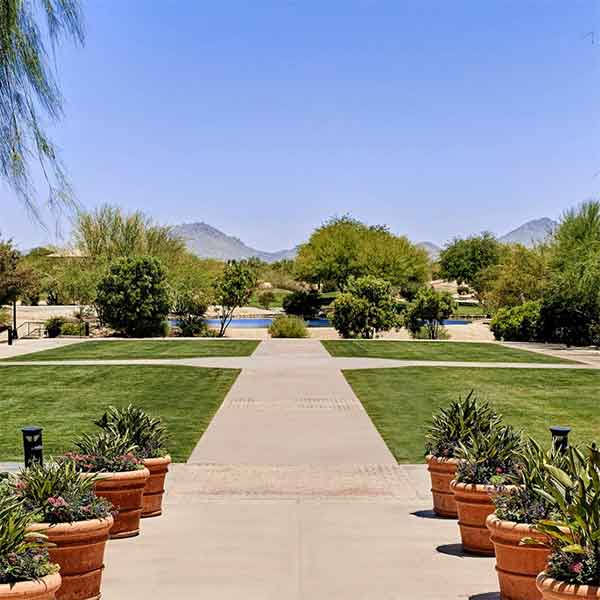 Now in its 19th year, the Centurion Jewelry Show is kicking off the 2020s with a brand new location, a slate of unexpected educational and entertainment activities, and a roster of fine jewelry brands that’s hard to find outside of jewelry week in Las Vegas.

“It’s close to the Phoenician but much more ideal for our attendees,” says Howard Hauben, president and CEO of H2 Events, the show organizer.

Below, Hauben gives JCK the rundown on how the new layout differs from past events, why retailers who attend the educational sessions are bound to pick up some sage business advice, and who is bringing the funny to the show’s traditional Friday night entertainment night.

After seven years at the Phoenician in Scottsdale, the show is moving to a new property this year. Why the change?

We thought it was a better hotel for us. It’s about 20 minutes away from the Phoenician. And it gives the retail jeweler a 10-times better layout. It gives us better dates for the show, the rooms are wonderful. It’s a top-level hotel. We are totally thrilled.

How is the layout different?

We were in nine different neighborhoods, elbowing our way into the functional space of the hotel. Retailers had to navigate from one room to the next. Everybody was in different neighborhoods, which made for a very inefficient layout. Now we have two ballrooms with a gorgeous central foyer. All exhibitors are either in the Grand Sonoran, the more fashion-forward ballroom, or they’re in the more diamond-related Grand Canyon ballroom. Dining takes place in the Grand Saguaro ballroom. It’s an amazing and concise setup that lets people get around quicker and easier.

Besides the location, what else is new for this year’s event?

We’ve got a lot of new things going on. A highlight is we’re adding Rings of Strength. It’s the first show to have the event other than JCK Las Vegas, and we have 30-plus people signed up to do a 5K walk and run. It takes place from 3:30 to 5 p.m. on the day before the show opens, which is setup day. We have a silent auction. We’re also adding Texas hold’em poker to raise money for Jewelers for Children. We’ll have a couple tables for Texas hold’em; the ante is $200, and that will go straight to JFC and the winners will be able to win vacations. Informally, people play cards late at night, and we’re trying to make it a little more formal and give money to the kids.

What’s on tap for the educational portion of the show?

We’re doing daily training each morning. The Disney Institute is coming to teach their best practices. Disney is one of the most successful consumer-experience companies in the world. It has a 40%–50% market share of all movie entertainment right now. They have a huge amount of best practice information collected over 50–60 years, so they’ve created a division called Disney Institute. They’re giving us an hour each morning for our retailers. The first morning is on leadership; the second morning is on quality service. This gives retailers a chance to see what Disney thinks and borrow Disney’s best practices. And another aspect is employee engagement. We’re really excited about it and we told our retail board of advisers, and they were very excited about it. Instead of education for the purpose of entertainment, this is hard-core business education. What’s going to give jewelers something they can use, remember, and really get something out of it?

The entertainment is always a big draw at Centurion. Who’s performing this year?

We’ve got the hottest comedian on the planet performing on Friday night, the last night of show: Sebastian Maniscalco. He was the host of the MTV Awards last August. Their head of programming said he was “hot as a pistol” and really on top of it. He’s got a Netflix special. And he’s one of the highest paid comedians anywhere. He skews a little bit younger. A lot of people who know him will be a little younger but everyone will find him funny. He’s not dirty. He’s of Italian heritage; comes from the Chicago area. He’s an upgrade to what we’ve been doing, but not beyond where we feel comfortable going budget-wise.

What are you most personally excited about this year?

So many things. I’m really excited to see more value created for everybody. The show layout will contribute. We’ve got a new program created last year called speed dating. We pick up some retailers’ airfare, we assign them five meetings based on exhibitor input. After the last show, when we did it for the first time, we had retailer after retailer telling us they opened new relationships. People sometimes get themselves into a rote way of operating and don’t allow into their way of thinking a designer or manufacturer that may be of benefit to them. We’re helping them break that mindset, and we’re sweetening the deal.