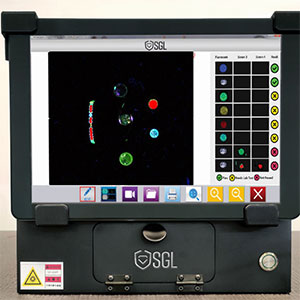 The company, also known as Solitaire Gemmological Laboratories, is based in London and has 15 other branches, including those in Dubai, United Arab Emirates; Mumbai, India; and Riyadh, Saudi Arabia.

In a statement, SGL Worldwide codirector Shirin Bandukwalla admitted the U.S. lab market was “competitive,” but said she hopes to attract business by stressing “relationships” and identifying and providing solutions for the retail jeweler.

Among the way SGL hopes to set itself apart:

– It will open the first-ever on-site lab service in the United States. As part of that, a team of SGL employees can visit retailers and screen and grade finished diamonds at their store. This will save shipping and insurance costs and hassles, it said.

– It plans to offer chains and manufacturers the option of a satellite laboratory at their distribution facilities.

– It securely stores all client data on its server using blockchain technology. Reports can be printed at the time of sale.

– Its screening instrument, Dia Screen (pictured), not only separates lab-grown diamonds from natural diamonds, but also those diamonds grown with the high-pressure, high temperature (HPHT) method from those grown with the chemical vapor deposition (CVD) method.

In  a statement, SGL Worldwide codirector Chirag Soni predicted that the separation of HPHT and CVD stones will become a growing issue for retailers, given there is a price disparity between the growing methods.

The company will make Dia Screen available for sale out of its New York City office.

The company will exhibit in the Diamond Pavilion at the upcoming JCK Las Vegas show.