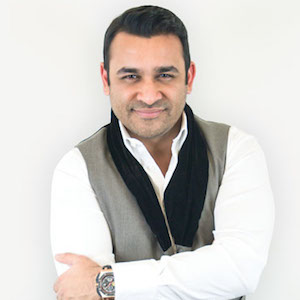 According to the statement of facts from Manhattan D.A. Cy Vance Jr., in March 2015, Modi, then head of Noble Titan Holdings, approached the office of LLD—owned by diamond baron Lev Leviev—about buying nearly $800,000 worth of diamonds on credit, claiming that he wanted to sell them to Costco.

The D.A. charged that none of the diamonds were sold to Costco, but that instead Modi pawned them at Modell Collateral Loans for a short-term loan.

In April and May of 2015, Modi took another $1 million in diamonds from LLD for purported sales to Costco, according to the D.A.’s statement. And while Modi did make some payments to LLD, he used the majority of the proceeds for personal use and other business expenses, prosecutors said—while explaining his failure to pay back the rest as resulting from a “Costco fulfillment error.”

In August 2015, LLD gave Modi more diamonds on consignment, this time requiring that Modi obtain prior authorization before making any sales, as he already owed the company nearly $1 million, the D.A. said. Modi pawned the majority of diamonds at Modell, and sold the remainder to various retailers at a steep discount from the listed consignment price, according to prosectors.

LLD had previously brought civil litigation against Modi. So far, he has paid back $1.2 million of the $2.6 million, according to the D.A.’s statement of facts.

Modi’s lawyer, Roger J. Bernstein, tells JCK: “This is in reality a commercial dispute. The district attorney’s charges are only allegations, not facts, and my client has pled not guilty because he is not guilty.”

Modi is the stepbrother of noted diamond trader Nirav Modi, who has been charged with defrauding India’s Punjab National Bank of $2 billion. Nirav is currently in custody in London. Their uncle, Mehul Choksi, former chairman of Samuels’ parent company Gitanjai, has also been charged with bank fraud.

Like his brother and uncle, Nehal also faces legal trouble in India. In 2019, he was reportedly charged with funneling his brother’s bank loan to Bailey Banks & Biddle, the U.S. retailer that has since gone out of business.

Bernstein responds: “As to the charges in India that have brought against dozens of people in dragnet fashion, [Nehal Modi] was never a party to the bank transactions there and is not guilty of any wrongdoing.”

Samuels, once one of the largest jewelers in the United States, liquidated in 2019.

This story has been updated with a response from Modi’s lawyer.