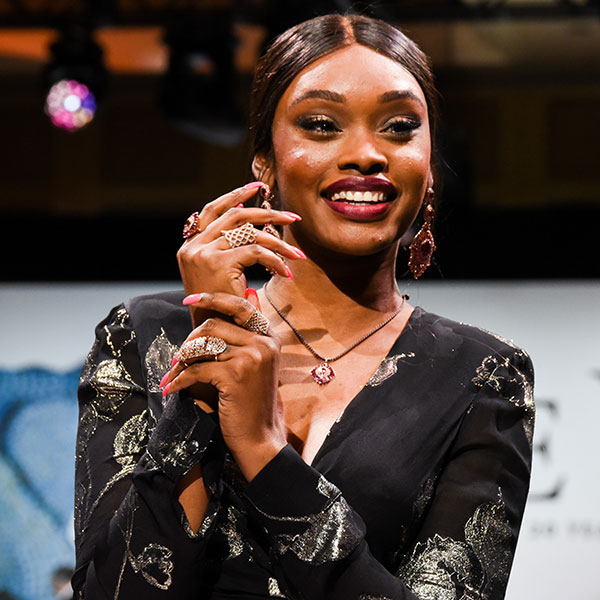 The catwalk presentation, which took place June 2 at the Las Vegas ballroom at the Venetian hotel, included a retrospective element and also presented seven trends Le Vian believes will take off in 2020, per its annual tradition.

The evening included two standing ovations. One was for the man who pledged $200,000 (an amount matched dollar-for-dollar by Le Vian) in exchange for a simple balloon and a rose. And the second brought tears to everyone’s eyes: One of the event’s food/beverage servers, Diego (a single father), was so moved by the stories being told throughout the evening, he stopped work and through tears told the crowd he wanted to pledge $200 in honor of his father who had died in his 50s from cancer.

Diego has since been offered a job by the billionaire top donor of the night, according to Le Vian.

Here are the trends Le Vian presented for 2020:

Trend of the Year: Bold Gold

A “glossy and brushed gold giving diamonds a wearable feel,” according to a brand statement.

Theme of the Year: Heavenly Halos

This trend is about “keeping the central stones in the spotlight.”

Cut of the Year: Pear-Shape

Used as central stones and “carefully positioned gems that become a butterfly or the petal of a four-leaf clover,” explained the company in the same statement.

Diamond of the Year: Chocolate Diamonds and Nude Diamonds

Gem of the Year: Emerald

“A symbol of prosperity, rebirth, and serenity. 2020 sees the Le Vian Costa Smerelda Emerald as gem of the year.”

“Two of America’s favorite colors,” according to Le Vian.

Feature of the Year: Phenomena

“The eye-catching effects of iridescence, translucency, and matrix structures in Cat’s Eye Alexandrite, which changes color depending on the light, and Peacock Aquaprase.”