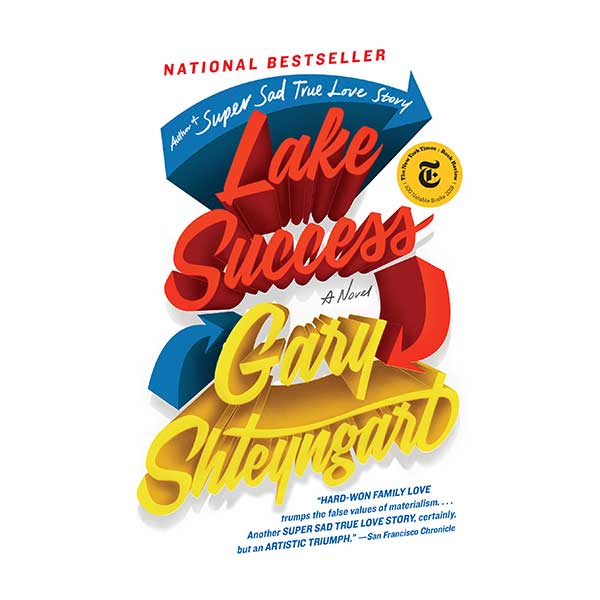 I think I have JCK’s Rob Bates and his 2017 recap of the “year’s best jewelry reads not on JCK” to thank for putting author Gary Shteyngart on my radar. The article highlighted “Confessions of a Watch Geek,” a personal essay penned by Shteyngart that appeared in The New Yorker that year (a terrific read, by the way, if you’re interested in the world of watch collecting).

I was reminded of this essay when the watchmaker Nomos Glashütte reached out with the news that Shteyngart had stopped by the company’s Berlin offices to sign copies of his best-selling novel Lake Success (Random House) as part of a marketing giveaway. The book, which just came out in paperback, includes several references to watch brands, including Nomos (Shteyngart happens to own the brand’s Minimatik Champagner model).

Within the story of Barry Cohen, a hedge fund manager who is deeply stressed by an SEC investigation and by his 3-year-old son’s diagnosis of autism, luxury watches pepper the narrative here and there, helping to the set the tone for what is a piercing exploration of the 0.1%. A casual flip-through of the book revealed conversations around the Rolex Sky-Dweller, the F.P. Journe Automatique,  and a “Patek” 1518 Perpetual “in rose gold.”

And when Cohen flees New York on a Greyhound bus in search of a simpler, more romantic life with his college sweetheart, the novel bursts into a poignant tale of familial longing. The New York Times said, “The idea of riding along behind Shteyngart as he glides across America in the early age of Trump is a propitious one. He doesn’t disappoint.”

The Seattle Times called it Shteyngart’s best book, “a deeper dive into what’s happening now with a plaintive edge that fits the moment,” while Salon declared it “not just the first big novel of the post-Obama era, but the first truly great novel of it.”

Best news of all? The book is soon to be adapted into a limited series for HBO, produced by and starring Jake Gyllenhaal. We’ll be tuning in for the watch cameos alone!

Top: Lake Success, by Gary Shetygart, was published in September 2018 and has just come out in paperback—perfect for the beach, the park on a summer afternoon, or a long flight overseas.