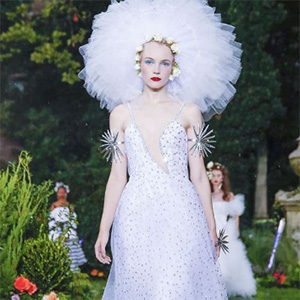 The extraordinary metal works were made by jeweler and metalworker Maggie Schpak, owner and operator of the Studio Art Metal Shop in Glendale, Calif., which has been responsible for some major metal moments in film and TV, including the armor in the Star Trek feature films.

The pieces—which were as much pieces of wearable art as they were jewelry—added edge to the party-girl princess vibes present in Rodarte’s latest collection, which took to the runway last night at the New York Marble Cemetery in the East Village.

Models’ coifs were styled with plump red and pink roses, the blooms, tucked in and around silver, gold, and bronze metal flowers. Mismatched earrings featuring  amorphous, sometimes industrial-rough, shapes dribbled past their shoulders. And the ethereal tulle gowns became even more good witch–like when paired with huge floral (brass?) armbands. 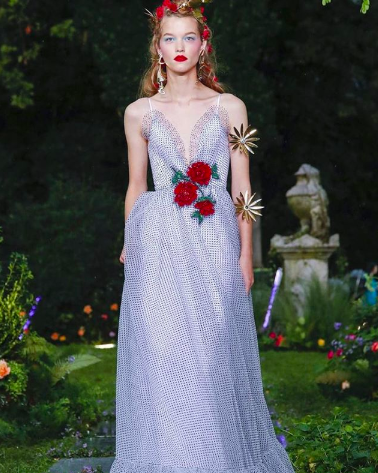 Floral armbands and fluid earrings at Rodarte (via: @haus_of_hell) 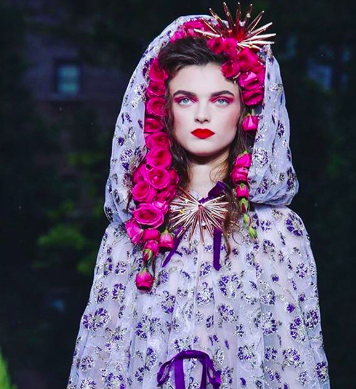 A sunburst necklace at Rodarte (via: @madmadestudio) 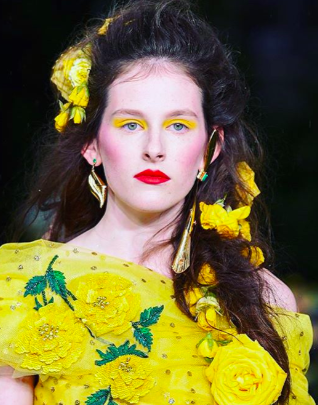 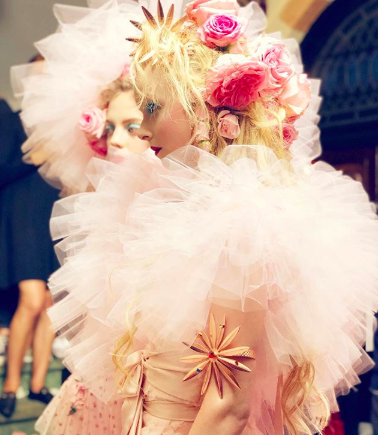 A bejeweled floral armband and hair accessory (via: @rodarte)

Rodarte, the Los Angeles–based atelier founded in 2005 by sisters Kate and Laura Mulleavy, will be the subject of a retrospective at the National Museum of Women in the Arts in Washington, D.C. later this year—and its fashion makes for great museum-viewing.

The brand has always been a hothouse for fashion experimentation. And its fairy tale approach to dressing has been championed and supported by Vogue’s Anna Wintour and other fashion heavyweights when sales haven’t been stellar.

The atelier’s pairing of mega-metal with frothy fabrics painted an intriguing portrait of a woman confident enough to be frivolous. And the show will likely be remembered as serving up the jewelry moments of the fashion season.

Top: Starburst armbands and loads of tulle at Rodarte (via: @haus_of_hell)