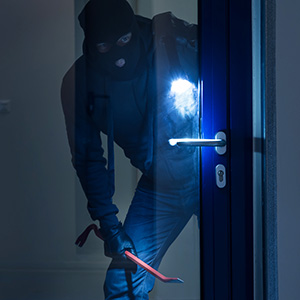 Although 2019 was not a good year in terms of jewelry industry–related crime, the number of incidents committed has dropped dramatically in 2020, the Jewelers’ Security Alliance (JSA) says.

While 2020’s stats are still being compiled, the JSA’s 2019 annual report, released this week, showed that crimes against the industry declined 0.2% last year. The bad news is, those crimes proved to be a lot more lucrative, with the industry’s overall dollar loss from crime spiking 89.1%, to $101 million, from $53.4 million in 2018.

That spike was mostly due to gangs nabbing bigger hauls in after-hours burglaries. Losses from those crimes jumped a whopping 249%, from $11.6 million to $40.5 million. Dollar losses also increased in off-premise crimes and robberies.

“You had a lot of very sophisticated gangs, which resulted in a lot of big losses,” says JSA president John Kennedy. “It was a relatively small number of gangs but they were very prolific. Dollar losses have been declining for the last 20 years, but at some point they get as low as they can go.”

Some of those gangs have since been caught, he notes. But jewelers still need to take proper precautions to ward off burglaries, including responding to every alarm call—accompanied by a police officer—and upgrading their vaults, he adds.

“A majority of jewelers use safes that are no longer adequate,” he says. “You can go to Home Depot and find tools to break into those safes.”

JSA generally puts out its annual crime stats earlier in the year, but the release of 2019’s numbers was delayed because of COVID-19–related technical issues.

The industry did achieve one long-sought-after milestone in 2019: No industry member was killed in the commission of a crime during the year (though three bystanders died). Sadly, that achievement won’t be repeated in 2020, as two industry members and one guard have already been killed this year.

Still, 2020 has seen a big drop in jewelry-related crime, with the COVID-19 pandemic causing stores to close and industry events to be canceled. When the first COVID restrictions were lifted earlier this year, jewelry crime began to inch upward, but the number of incidents is still far below pre-pandemic levels.

“Malls have been a huge piece of where crime has [traditionally] occurred, and there’s just not enough people in malls right now,” Kennedy says.

However, shipping losses are up, as more items are being sent by mail, he says.

“Criminals can still be ID’d with masks, from their eyes and hairline,” he says.