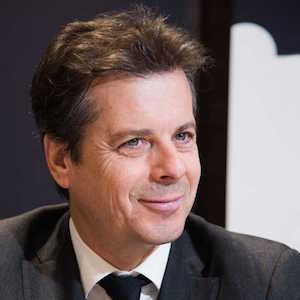 He has been with the company since April.

Biard has more than 20 years’ experience in the watch industry. He started at the Richemont Group, where he began his career at Baume & Mercier, and then moved to Piaget. He then spent six years as market manager for Vacheron Constantin and as sales manager for Cartier for watches, leather goods, perfumes, accessories, and writing instruments. In 2005 he joined Girard-Perregaux as global sales manager. In 2009, he took on the role of CEO of LPI, a part of Weitnauer Holding AG, a duty-free and domestic distribution group.

In July 2017, Citychamp appointed Biard CEO of its Corum and Eterna brands. He served in that role until he joined Roventa-Henex in April. Under his tutelage, Corum left the Baselworld fair.

Roventa-Henex celebrates its 60th anniversary this year. It is an independent company owned by its management.

“The mission entrusted to me is to position the company as an à la carte partner, able to mobilize dedicated resources to address specific issues along the whole value chain, from product development to building a new brand,” Biard said in a statement. “Roventa-Henex SA is a true brand incubator, a competence laboratory.”