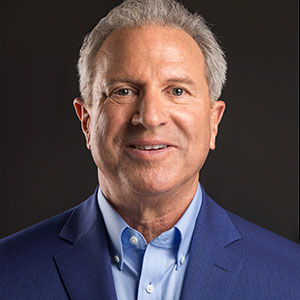 This week we hear from Marty Hurwitz, chief executive officer of MVI Marketing.

Mary Hurwitz: It’s all getting pretty fuzzy now, but if my memory still works partially, I would say I began in 1985-ish. I had had some work experiences in marketing and sales in other industries, such as oil and television.

After living in Boston for a number of years, post college, I decided to return to New York City. A lifelong friend, Steve Kerner, offered me a partnership in his retail jeweler store, SK Designs at 82 Bowery. Shortly after I started at SK, my dad told me that he, too, had worked in a jewelry store while he was going to Brooklyn Law School. That jewelry store was owned by his dad and was located on Graham Avenue in Brooklyn. So, I went from no jewelry experience to becoming a third-generation jeweler overnight! I read every issue of JCK I could get my hands on, as I had to get up to speed as quickly as possible.

The biz has certainly changed through the years, and that’s a good thing.

My experience with JCK has stretched through many decades and has been both rich and enriching. Here are a few highlights…

In 1869, the year JCK began, the world’s largest alluvial gold nugget, the Welcome Stranger, was discovered by John Deason and Richard Oates. JCK was there, but I wasn’t.

In 1919, when Marcel Tolkowsky detailed the cut and proportions of the modern round brilliant, JCK was there, but I couldn’t make it.

In 1948 when DeBeers launched its iconic diamond ad, “A Diamond Is Forever,” JCK was there, but I couldn’t afford to be there.

In 1957, the year I was born (Brooklyn Jewish Hospital), JCK was there, and I showed up—late.

In 1987, the year I met my lifelong partner, the wondrous Liz Chatelain, at the NY Jewelry Show (Sheraton basement), JCK was there, but the editorial team failed to cover the meeting. Is it too late to lodge a formal complaint with the editorial team?

In 1990, the year MVI helped launch Argyle’s Champagne Diamond campaign in the United States, JCK was there, and Russ Shor wrote a cover story. Now that was big-time. Never mind about the complaint to the editorial team noted in the previous paragraph.

In 1994, the year MVI helped launch the Indo Argyle Diamond Council and took the U.S. jewelry industry to India, JCK was there and they came with us (coach).

In 2001, the year MVI helped launch the Ekati Diamond for BHP Billiton Canada, JCK was there, and it was cold.

In 2006, MVI worked with Tiffany & Co. and three native Canadian, aboriginal tribes to research and develop a new jewelry manufacturing business based on native artist designs, JCK was there, and it was really cold.

In 2013, when MVI began work with Hallmark Cards to introduce Hallmark Jewelry, JCK was there, and we sent them a thank you card.

From 2004 through 2019, MVI has done groundbreaking consumer research on the growing awareness and acceptance of lab-grown diamonds and through it all JCK has been there—and Rob Bates has intrepidly been writing about it.

JCK has been with me since I began in the jewelry biz and has been a unifying force for the industry and MVI since our formation.

JCK is like the wise and wealthy aunt who shows up for Passover, having traveled the world. She doesn’t have to say a lot, but when she speaks everyone listens.

She is class personified and all of the young look up to her and emulate her. All the grown-ups continue to interact with her, as they have for years, to find new strategy and direction.

JCK is a feminine spirit guide for the jewelry industry and the many people who make their careers in the business.

My first impression of JCK was, Wow this magazine is thick. I’m going to have read this someplace other than the potty or I’m going to get hemorrhoids.

As far as how it’s changed…thanks for going digital!