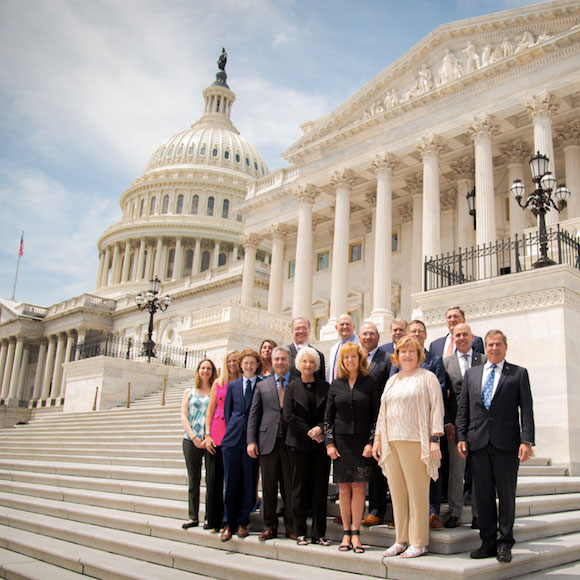 The Jewelers of America Political Action Committee (JAPAC) and a delegation of jewelry retailers met with members of Congress on June 19 during JA’s ninth annual D.C. fly-in to discuss issues impacting the jewelry industry and advocate for small business–friendly legislation.

One of the group’s primary goals was to advocate for legislation that would lead to the creation of a federal framework for online sales tax collection. JA’s stance on this issue has been unwavering for decades. The organization believes online retailers should be held to the same tax- collection mandates as brick-and-mortar retailers—that it levels the playing field between the two.

And though last year’s Supreme Court decision to overturn 1992’s Quill Corp. v. North Dakota was a victory (Quill said only companies with a physical presence inside a state can be required to collect sales tax), the current laws address the issue solely on the state level, where rules for collection vary. JA discussed with lawmakers the need for a federal framework for online sales tax collection.

The delegation also discussed the ongoing trade war between the United States and China—specifically the U.S. Trade Representative’s listing of $300 billion in Chinese products that could be subject to tariffs of up to 25% when imported into the United States, which the delegation expressed opposition to.

Retailers in the delegation were:

Information on Jewelers of America’s legislative advocacy and JAPAC can be found here.

Top: JAPAC and delegation members in Washington, D.C., this month (photo courtesy of Jewelers of America)