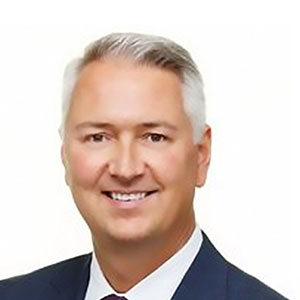 Wafford is the Plano, Texas–based department store’s sixth chief financial officer in the last two years, including the three people who filled the role on an interim basis. Jeffrey Davis, who was appointed in July 2017, left the post last September for Qurate Retail Group, the parent company of QVC, HSN, and Zulily. Jerry Murray was appointed interim CFO after Davis left, but he was quickly replaced by Michael Fung.

Fung will remain with the company through April.

Wafford most recently served as executive vice president and chief financial officer for the Vitamin Shoppe, where he played a significant role in reducing debt, decreasing inventory, and improving operating income, said a Penney statement.

He reports to Jill Soltau, the department store’s CEO, who was appointed last year.

Prior to the Vitamin Shoppe, Wafford served as a partner in the advisory practice group of KPMG following a five-year run at Walgreens Boots Alliance. He has also worked at Target and Bank of America.

“I am delighted to welcome Bill to our team of highly talented retail experts,” said Soltau in a statement. “Together we will work to make meaningful progress and deliver an engaging and rewarding shopping experience for our customers. I also wish to thank Michael Fung for joining the organization several months ago and providing invaluable expertise as interim CFO while we completed the search for an accomplished successor.”