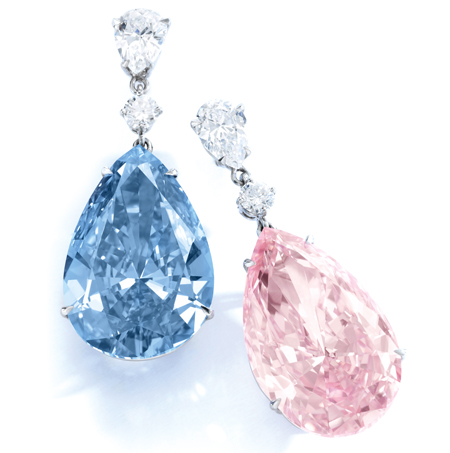 The diamonds formerly known as the Apollo Blue and Artemis Pink are now officially the world’s most valuable earrings.

The final prices came within their estimates. The blue was expected to fetch between $38 million and $50 million, the pink, between $12 and $18 million.

The stone’s original names, bestowed by Sotheby’s, came from the twin Greek gods.