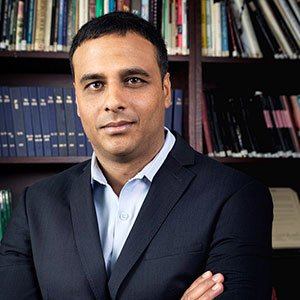 The Israel Diamond Institute (IDI), the Israeli promotional group, has appointed Aviel Elia (pictured) to be its new managing director.

Elia replaces Eli Avidar, who has served in the position since 2007, except for a brief hiatus. Avidar, a former diplomat who also headed the Israel Diamond Exchange, has left to go into politics, reports say.

Elia, an attorney, has served as IDI legal adviser and company secretary since 2013. In that role, he has helped develop IDI’s strategy, negotiate transactions, and was responsible for much of its corporate and operational management. He holds a law degree from the Interdisciplinary Center Herzliya and is working toward an executive MBA at Hebrew University. He has also held a number of managerial positions in the state security services and the Israel Airports Authority’s security system.

“I am very pleased that Aviel Elia has agreed to assume the position of IDI managing director,” said IDI chairman Boaz Moldawsky in a statement. “Aviel is very well versed in IDI’s mission and activities. He has shown leadership, initiative, and commitment. We are all very pleased that he will now be leading the organization.”