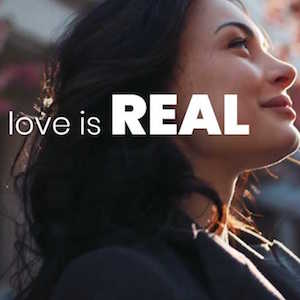 The Israel Diamond Exchange (IDE) has launched a new campaign to promote natural diamonds with a series of videos that will be posted to social media.

According to a statement, the IDE’s “Fake Times, Real Diamonds” campaign highlights the “singularity, astounding beauty, natural creation, geological age, and immeasurable value” of natural diamonds and aims to differentiate them from what it calls “lab-grown and other synthetic stones.”

“Love is real,” it continues. “Diamonds are real. I love diamonds. Real diamonds.”

Said IDE president Yoram Dvash in a statement: “At a time when counterfeit products and fake reproductions flood almost every market, few commodities remain as rare and exceptional as natural diamonds.”

The campaign is clearly another shot at the lab-grown diamond industry, which has argued that, since they have the identical chemical composition, man-made diamonds are just as “real” as any other.

In its revision to its Jewelry Guides last summer, the Federal Trade Commission seemed to agree. Its new guidance removed the word natural from its definition of diamond and warned diamond marketers against using “the terms real, genuine, natural, or synthetic to imply that a lab-grown diamond (i.e., a product with essentially the same optical, physical, and chemical properties as a mined diamond) is not, in fact, an actual diamond.”

In particular, it expressed concern about lab-grown diamonds being confused with simulants like cubic zirconia and moissanite.

“In this campaign we want to highlight the exceptional qualities of natural diamonds as symbols of love and timelessness over the generations and throughout the world,” Dvash said.

The IDE initiative was announced last week in Israel at the World Federation of Diamond Bourses executive conference.