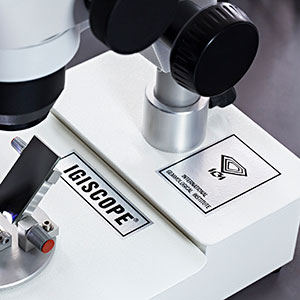 Terms were not disclosed. The transaction was done through Yuyuan Inc., Fosun’s holding company for the consumer sector.

The Lorie family will control 20 percent of the company, and current CEO Ronald Lorie will continue to manage the business. Roland is son of lab cofounder Marcel.

Jerry Ehrenwald, who has long headed the lab’s New York City office, tells JCK he will “remain for now.”

Once the transaction is finished, Marc Brauner, who has served as co-CEO, will step down from the company, along with son Youry. At one point, Brauner was engaged in litigation against other IGI shareholders, which has since been settled.

For a long time, IGI was known for grading reports for mass marketers. It has since become a leading grader of lab-grown diamonds.

Publicly held Fosun is considered one of China’s biggest conglomerates, with investments in a wide range of companies and consumer brands, including Club Med and Tsingtao Brewery. It is headed by Guo Guangchang, who the Financial Times dubbed the “self-styled Chinese Warren Buffet.”

This is not the first time the company has become interested in the jewelry sector. Last June, it put in a bid for gemstone miner Gemfields but was unsuccessful. It is also a stakeholder in Greek jewelry manufacturer Folli Follie, which was recently in court to request protection from creditors.

Lorie said in a statement that “the investment from Yuyuan of Fosun will significantly accelerate our core business, offering and presenting many new opportunities all over the globe.”

“We are very happy to start this partnership with IGI, which provides us a unique opportunity to work with the diamond community around the world,” said Fosun executive director and president Xu Xiaoliang in a statement.