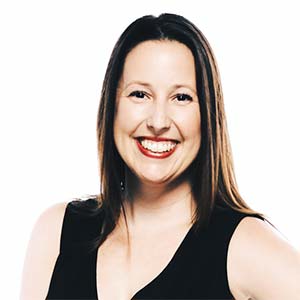 Hearts on Fire has hired a new director of public relations and brand communications—and she’s a much-admired former employee of the diamond brand.

Trisha Spillane, the company’s newest executive, began her career at Hearts On Fire in 2005 and worked in a variety of roles—from marketing assistant to publicity and marketing manager—during her first tenure at HOF, which ended in 2012.

In between stints her two stints, Spillane held executive positions at Swarovski and online retailer Rue La La, where she also served director of PR and brand communications.

“As a mobile-first company, Rue La La allowed me to ramp up my knowledge of the digital arena while keeping a pulse on the jewelry and fashion industries— two categories I love and adore!” she told JCK.

Spillane adds that it’s Hearts On Fire’s company culture that made returning a wholly attractive option.

“First and foremost,” she says, “this company truly has an amazing culture.  It’s unlike anywhere else, and it’s hard to put into words. I know a lot of companies say that, but I can tell you that even years after I left, I never stopped referring to HOF as ‘we’ and as ‘our brand,’ and I have always felt like part of their community.”

From a business perspective, the Chow Tai Fook–owned brand was attractive because “it has its eye on innovation,” she says. “There are so many forward-thinking and progressive opportunities on the horizon, and I’m excited to be part of it.”

On Spillane’s to-do list in the next year is promoting HOF’s new collections, continuing “the Hearts On Fire brand awareness strategy while bringing some new tactics to the table,” and growing the brand’s social channels, among other endeavors.

At present, she’s busy producing a stable of events for the brand, and revealed, “I’ve been on board for three weeks and so far there are already about six events in the works!”