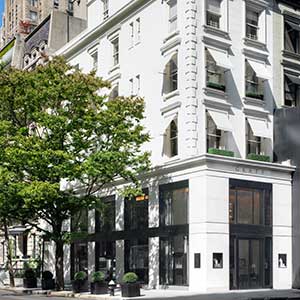 No financial details were provided, but the building was purchased in 2014 by London-based Tribeca Holdings for $70 million.

Located at 710 Madison Avenue, on the corner of East 63rd Street, Graff has occupied the first floor of the five-story building since 2001.

The Graff store was redesigned with double-height ceilings by celebrated architect Peter Marino in 2009.

The building, which dates back to 1910, also features a mezzanine, a VIP room for private sales meetings, and offices and apartments on upper floors, says a spokesperson for the company. She did not know who occupied the space before Graff.

“Acquiring the property ensures that Graff will remain a long-term resident at this exclusive location,” said a statement from Graff.

The Graff chain has 60 locations worldwide.