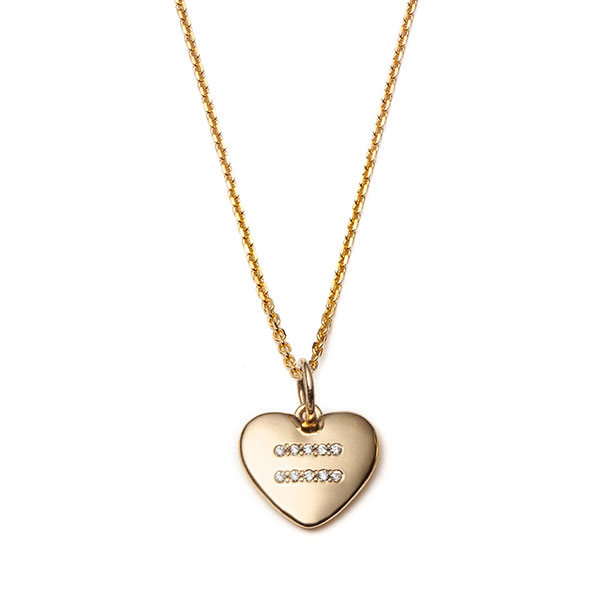 While many in the jewelry community had occasion to be in Geneva this past January for the Salon International de la Haute Horlogerie (SIHH), few are likely to have attended the World Economic Forum (WEF), which took place just a week or so later in the small Swiss alpine town of Davos.

But Montreal-based jewelry designer Elisabeth Crossley-Wright of With Love Darling was there. Turns out, the WEF (aka Davos 2019) was the ideal platform for presenting her Global Goals collection of charm jewelry to world leaders, influential captains of industry, and celebrities­.

Inspired by the 17 goals for sustainable development that the United Nations set forth in 2015 in the hope of bettering the world by the year 2030, each charm represents a specific global goal, including those that aim to end poverty, hunger, climate change, and inequality, while fighting for human rights and sustainability. The collection went into production last year and soft-launched during the United Nations General Assembly week in New York City in September 2018.

And that’s how, a few months later, the charms came to have a presence at the WEF—specifically, as part of the upscale offerings in a gift shop at Davos House, a Soho House pop-up property. (During the summit, the chic venue played host to events and meetings with Bill and Melinda Gates, Bono, and David Attenborough, among others.)

“The aim of the collection is to inspire and engage people to live and breathe the goals,” says Crossley-Wright, who has a fascinating background ahead of starting her jewelry company in 2016: At 19, she joined the Danish Army and served as an officer in the NATO missions in Bosnia and Kosovo; later, she returned to Kosovo to pursue a law degree while working for the United Nations.

“While in Davos, I had the opportunity to speak to the thought leaders and celebrities in attendance, and all were very enamored of the idea of a physical and personal symbol on global values,” says the designer.

Which Global Goals charm attracted each VIP? We have the scoop below.

Available in silver, gold vermeil, and 14k gold, the jewelry is made in independent workshops in Afghanistan and India. Part of the charms’ proceeds go to organizations that support the U.N.’s Sustainable Development Goals, including Project Everyone, a nonprofit agency that creates campaigns, short films, and multiplatform content and convenes partners and puts on unique events designed to generate awareness around, and accelerate the progress of, achieving said goals.

Top: With Love Darling’s Global Goals charm collection was a hit at Davos 2019. Mother’s Day is May 12, and there are plenty of options in this collection for the mom in your life who strives to make the world a better place through activism and resistance. Chose from 17 values/causes that align with the U.N.’s Sustainable Development Goals, including goal 5: Gender Equality, denoted by a heart with an equal sign in diamonds; in 14k gold, $550.